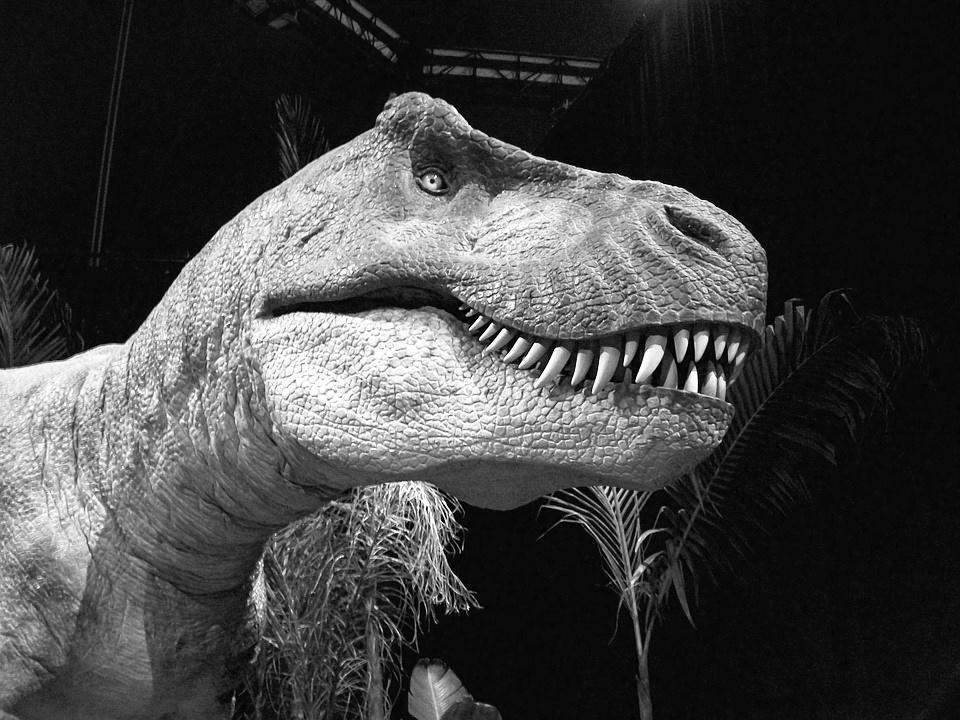 The recently discovered Timurlengia euotica entered the picture 90 million years ago in what is now Uzbekistan. This revelation filled a 20 million year gap in the phylogenetic mapping of the Tyrannosauroidea family. Our fine-feathered dinosaur friend was about the size of a horse. It massed between 170 to 270 kg, which was miniscule in comparison to the T. Rex’s mass of over 8,000 kg. T. euotica had impressive inner ear structures which allowed them to hear low frequencies, facilitating hunting. Sharp, thin teeth subsequently devoured the bipedal carnivore’s unfortunate prey. T. euotica’s highly advanced brain and auditory senses indicate adaptation, however its simple sinuses hint that this species is less developed than the renowned T. Rex.

As these carnivores developed and adapted to become fitter to vie for the limited resources of their area, other predators went extinct. Tyrannosaurs swooped in to take the niche throne as apex predators of the ecosystem. The name of the Timurlengia euotica is derived from Timur Leng, a 14th century Central Asian warlord.

The Tyrannosauroidea family is continually being expanded with new discoveries, each of which are being given what are arguably the coolest dinosaur names in the history of nomenclature.

Take for example the infamous Tyrannosaurus Rex, whose name literally means “Tyrant Lizard King”! These epic beasts pursued their prey at velocities ranging 17 to 40 kilometers per hour and offed them with the strongest bite in the history of terrestrial animals, at a force of up to 57,000 Newtons. Their developed brains, caged by large and thick skulls, enabled more advanced cognition and special senses. The T. Rex boasted serrated teeth, a powerful tail, and a pair of proportionally small arms with two fingers.

In 2013, the “King of Gore,” Lyrthronax argestes was exhumed from its stony tomb. “Lythron” and “anax” mean “gore” and “king” in Greek respectively, and “argestes” is a Homeric reference to denote the southwestern geographical location of the fossil in Utah. These carnivores had binocular vision with overlapping fields of vision. They lived during the Late Cretaceous period, which made paleontologists rethink their dating of this prehistoric family.

Qianzhousaurus sinensis is known as “Pinocchio Rex” for its elongated, horned snout. Despite its slender physique, it was still an apex predator of its ecosystem during the Late Cretaceous period in modern day China.