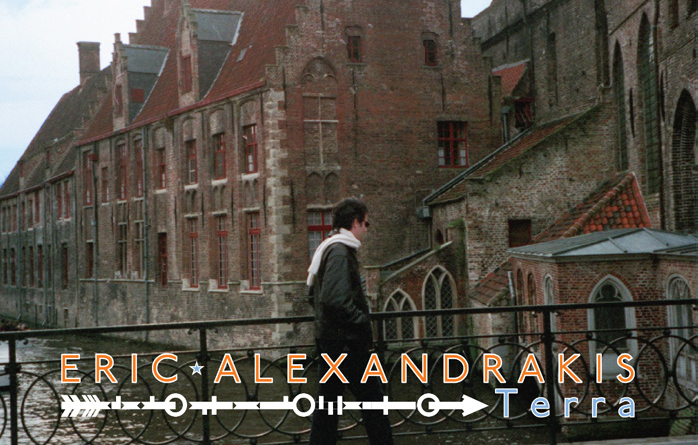 Terra is an album by Grammy-nominated musician Eric Alexandrakis that boasts a whopping 28 tracks and was released digitally exactly a month ago (at the time of publication). It’s pitched as an “Avant-Alternative” album as its 28 tracks can vary quite a bit in sound but they all stay in the general ballpark of alternative rock with a heavy emphasis on techno instruments. Some songs are more reminiscent of New Wave, some stay closer to rock, and some are more like 60s psychedelic pop.

Terra is an ambitious project that presents itself conceptually as an airplane ride to a new experience, and the first track (Now Boarding: Flight EA918) is a perfect introduction that even includes some humour and properly prepares you for what’s to come. As someone who doesn’t typically listen to this genre of music, I was cautiously afraid that I wouldn’t enjoy this album. The intro left me open to undergo something new, and I was so pleasantly surprised by The Mighty Terran Empire that listening to Terra to the end was an enjoyable breeze. It’s difficult to put into words, but this flight on EA918 is something most people should experience at least once.

Normally I’m wary of albums that have a number of tracks this large (My attention span can barely handle Led Zeppelin’s Mothership), but thankfully it kept me interested through to the end. If this happens to you too, do not worry. There are other releases such as Terra Nova and Terra Incognita that are much shorter but still retain much of what makes Terra so special.

Terra is available on music streaming services such as Spotify, Apple Music, Amazon Music, and Tidy.