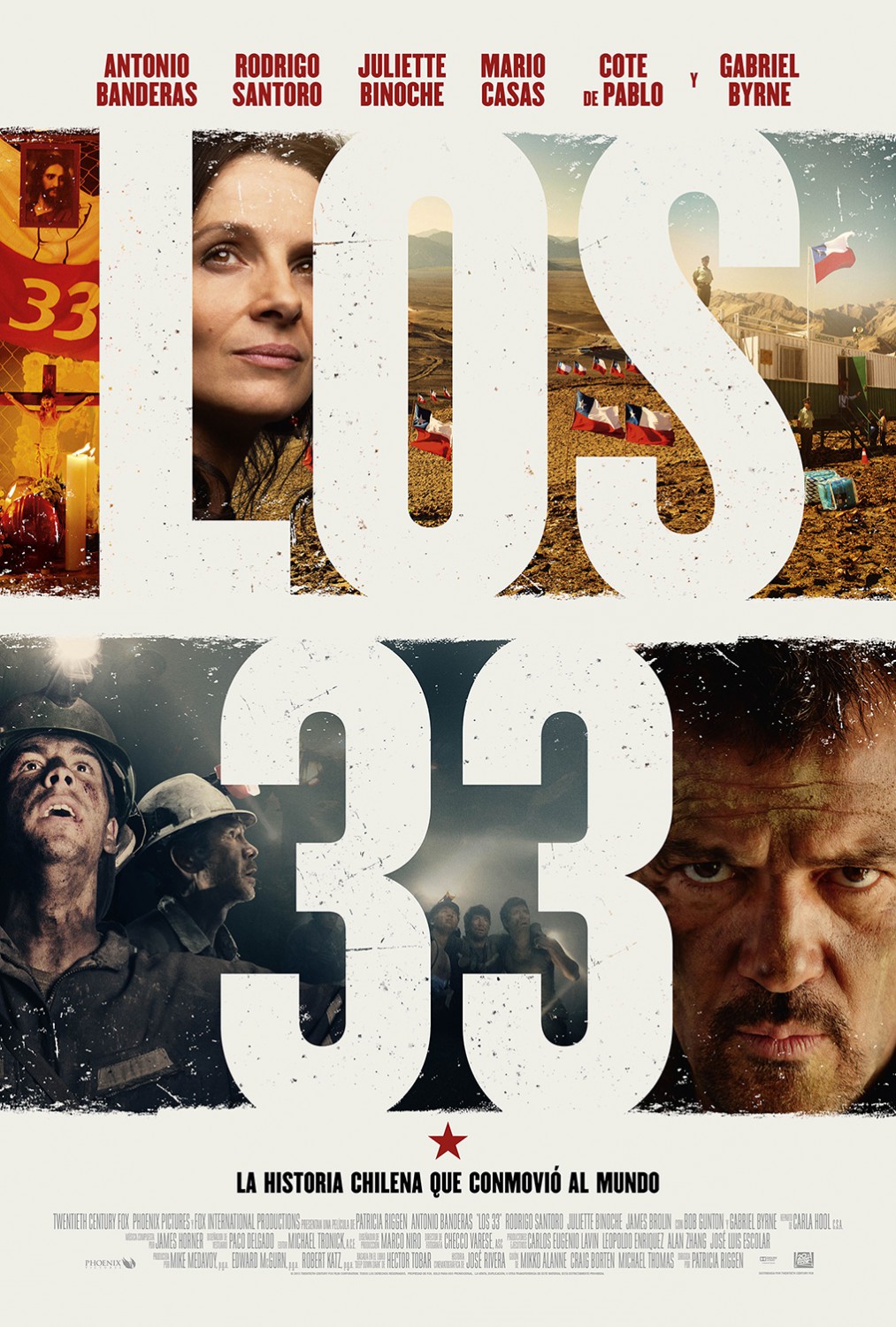 This movie is based on a true story that took place in Chile in 2010. Thirty-three miners were trapped by the collapse of a copper-gold mine and survived for sixty nine days until they were finally rescued. The nice thing about this movie is that it stays true to the real story, to the people and to the culture surrounding it. I have seen many other movies that try to re-enact stories and events from South America without even bothering to find actors who speak decent Spanish, for instance.

The work of the director Patricia Riggens was extremely admirable. “It’s a testament to director Riggen’s skill with actors that she makes the ensemble a seamless one” (Glenn Kenny, rogerebert.com). The movie alternates between tense and emotional scenes. For those who followed the news of this event five years ago, this film will likely be a strong reminder of the emotional roller coaster it was. You can see yourself wondering if they are going to make it, or if the mine is going to collapse one more time. There were some notable actors present in the movie: Antonio Banderas (Mario Sepúlveda) and Rodrigo Santoro (Laurence Golborne) being the most well known. Also, Cote De Pablo (Jessica Salgado) makes an emotional stand with her interpretation of “Gracias a la Vida” by Violeta Parra.

Overall, it was a good movie, worth the watch. I would recommend this movie to those who enjoy real-life drama, or anyone interested in this event.