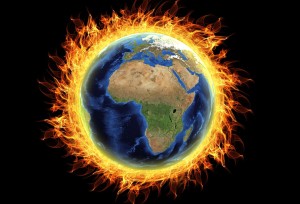 In a continuing trend, this summer has been Earth’s hottest summer ever. And not in a good way.

As much as we all love to complain about the heat, every year we hear more and more about these ‘record-breaking’ temperatures. Well, as it turns out, it’s true. July of 2016 was the single hottest month the world has ever seen since record-keeping began in 1880.

It’s worth mentioning that every single month this year has had a similar title. So far, every month in 2016 has been, on average, warmer than last years. This is, scarily enough, a common pattern. We’re on our to having the hottest year on record, breaking the one set in 2015, which beat out the one in 2013.

So what’s got us heating up to a proverbial boil? Global warming, my compadres. The effects are long lasting and compound with themselves, making it an ironically solid snowball of consequences that we’re going to find more and more difficult to melt.

The Arctic is melting, wildfires are becoming more frequent occurrences, and droughts ravage regions like East Africa and California.