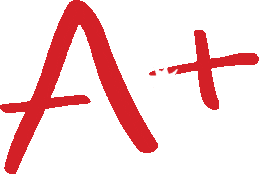 At first, when I heard that the R score would not be counted this semester, I was dismayed. Did I really go through 10 weeks of class, countless late nights studying and adapting myself to an inconvenient online school system for nothing? This feeling, which soon turned to anger, was only worsened when I found out that the main lobbyist for this decision was the Fédération Étudiante Collégiale du Québec, a student organization that not only does not include JAC but has no representation from any anglophone CÉGEP. I have worked hard all semester, as I am sure most students have, and at least having a goal to work towards, such as an R score, gave these troubling times a certain sense of normalcy. Furthermore, having no external motivator would surely entice many students to give up, and simply stop showing up to class or handing in assignments. Why would the ministry ever think that cancelling the R score is a good idea?

After having spent a couple of days feeling very demotivated, and sending more than a few strongly worded emails to every government office who could even remotely be linked to this decision, I sat down and thought long and hard about what it means for the R score to be cancelled. What is the R score first and foremost, and what is its main purpose? It’s supposed to be a neutral indicator of a student’s effort in set conditions based on the strengths of their classmates in a set of given conditions. Think about the “set of given conditions” part. Right now, when students who might already have difficulty focusing in class are forced to work at home, and students who have children of their own must take care of them, the coronavirus creates a set of conditions that is everything but standard. Considering this, doesn’t the R score lose its entire purpose? Students who would normally get higher R scores might get lower ones, and vice-versa, simply because of the lack of transparency in our evaluations system right now (which is in no way the College’s fault). The aspect of standardization, which the R score’s main purpose, is no longer present. What use does the R score serve this semester then, other than to add unnecessary stress to already overworked students?

In the end, despite the disappointment that cancelling the R score brought to many students, I believe that it was the right call. In our current conditions, the R score isn’t as reliable as it should be, so why should we still use it?