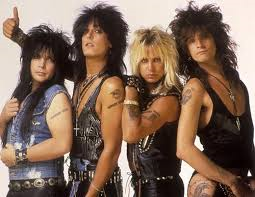 Shout at the Production Team

Mötley Crüe tore up not only the music scene but anything they pleased. The Netflix-produced movie does not shy away from showing the unruly recklessness that the band left in their wake. Between drugs, sex, and other craziness, the production team behind this retelling were bold to tell such a story given the explicit nature that it had. The stature of the rock and roll lifestyles in this movie are nothing to joke about, and Netflix delivered a fairly close version of the bestselling book by Mötley Crüe.

Part of the beauty of having musical biopics is the music itself. I was truly looking forward to having Girls, Girls, Girls or even a song I wasn’t too familiar with ringing in my head after the credits, but this film just didn’t have that lingering satisfaction. The movie does use famous songs like Live Wire, which has an impactful place in the film’s plot as the first song they play together, but after that, music becomes less than secondary.

The quality of the acting in The Dirt fluctuates throughout the movie. The cast includes Colson Baker (a.k.a. Machine Gun Kelly) as Tommy Lee, along with Douglas Booth as Nikki Sixx, Daniel Webber as Vince Neil, and Iwan Rheon as Mick Mars. This ensemble does a good job of portraying their characters while the efforts of the actors are clearly visible in their performances. The strongest of these was MGK’s Tommy Lee, with his mannerisms and voice patterns being mostly accurate.

Jeff Tremaine, who is best known for his work with the Jack*ss series, directed the wild ride. While he did demonstrate the mayhem well, he didn’t deliver as much on the rest of the film.

The lifestyle that these men lived did not leave much room for attachments or responsibilities. With the large dime-a-dozen number of female characters who served no purpose other than being obstacles, it was hard to tell the groupies from the wives. They classify as one of three cookie-cutter templates: objects, obstacles, or oblivious.

Unfortunately, the film left the humanizing of the band until the very end in an oversimplified and crammed finale. It is by far the messiest part of the movie in terms of historical accuracy.

The biggest flaws with the movie stem from its discrepancies with history. The movie has multiple narrators, but between the real band’s influence on the movie as co-producers and the book which on which it is based, it is easy to see that things have been adapted with Crüe’s legacy in mind. The film does not shy away from being meta. While these one-on-one interactions between audience and character compliment the storytelling, it almost pokes fun at the fact that the band left out aspects of their history.Doc McGhee’s partner Doug Thaler and the Tommy Lee and Pamela Anderson scandal were conviently ommited. To truly enjoy this film, you have to be a dedicated fan of Mötley Crüe and be willing to accept that artistic liberties were taken.