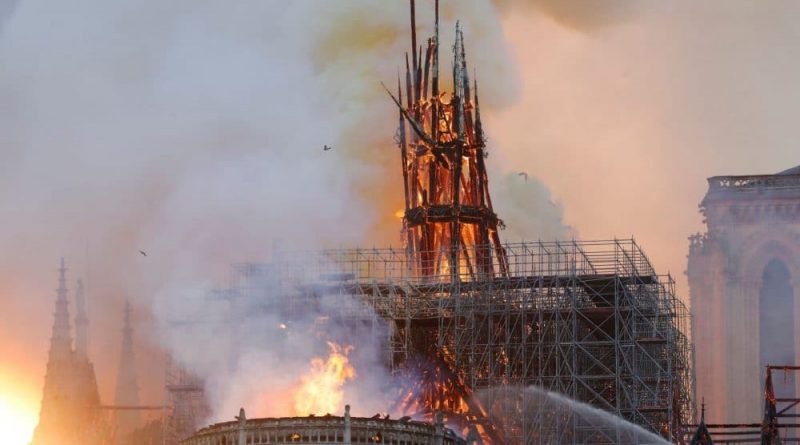 The world was left in shock as one of the most historic landmarks in the world was burned down. The 850-year-old Notre-Dame Cathedral was an example of French Gothic architecture and was marveled by about 12 million tourists per year. The damage was devastating to the building and the community as people across the world grieved, learning that the horrific fire tore through two-thirds of the roof, which was primarily wood, and destroyed the iconic spire.
The building was a wonder of architectural and artistic beauty. From the illustration of The Last Judgement, the gargoyles standing watch, to the relief sculptures and rose windows, this building is irreplaceable, and to see it destroyed is heartbreaking. Hope remains as French President Emmanuel Macron promises to rebuild the cathedral. He commented “We will rebuild Notre-Dame even more beautifully [sic] and I want it to be completed in five years. We can do it.”
In the span of 24 hours, donors have raised over 700M euros towards the reconstruction.
Local firemen responded with haste and were dousing the flames from the ground as they engulfed the roof of the cathedral. EMS worked tirelessly for 14 hours as the fire raged on and only one firefighter was injured on site. The accident is believed to be linked to the $6.8 million renovations that were taking place at the cathedral, but this is overshadowed by the priceless art and treasures that resided inside of Notre-Dame. Salvaged artifacts, including the Holy Crown of Thorns, will be taken to Paris City Hall, while others will be stored at the Louvre.