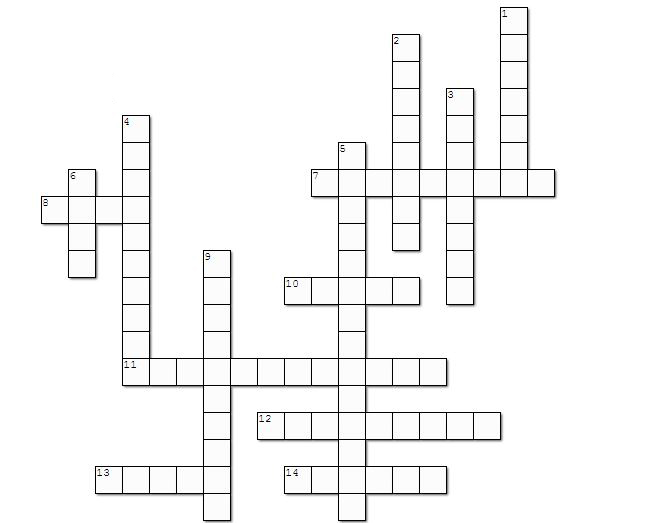 Across
7. President Snow always leaves Katniss a _____ ____.
8. The last death in the 74th Hunger Games.
10. The nation in which all the districts are located.
11. The escort for District Twelve’s tributes known for her eccentric style.
12. The name of Primrose’s cat.
13. The stylist that turned Katniss into the ‘Girl on Fire’.
14. Peeta and Katniss’ district.