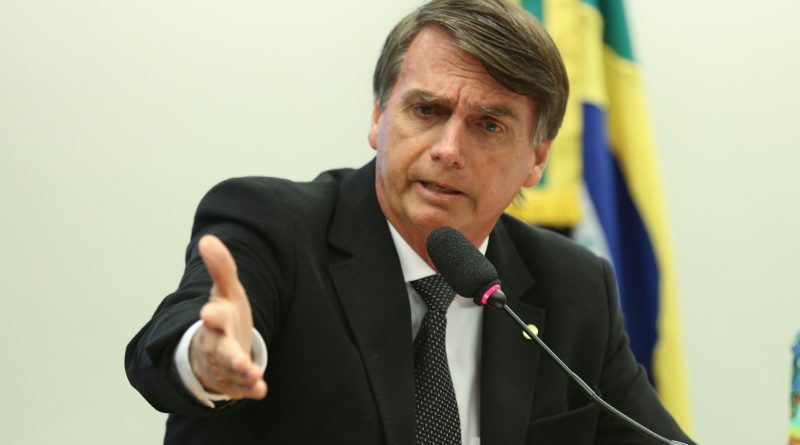 The far-right movement is characterized as “politics that stand extremely right, in terms of nationalism and authoritative tendencies”. Far-right sentiments have grown increasingly popular over the last few years, as we see an increase in far-right politicians being elected into office internationally, as well as an increase in nationalist, white supremacist terrorist attacks, such as the recent New Zealand shooting or the 2017 Quebec City Mosque shooting.

Regarding this issue of the far-right, I had the pleasure of interviewing CBC journalist Jonathan Montpetit. He has done extensive work and written many articles looking at the growth of the far-right and nationalist movements, especially in Quebec.

First off, with the election of Jair Bolsonaro in Brazil being the latest instance of a far-right politician coming to power, are we seeing a global spread of the far-right and its ideologies?

It can certainly seem that way at times. And Bolsonaro is a particularly egregious example. But I think it’s important to remember the rise of the far-right is difficult to quantify and there is a lot of academic disagreement about whether this is indeed a global phenomenon, and whether support for the far-right is on the rise compared to say ten or twenty years ago.

In Europe in particular this ‘rise’ has been uneven at best. Doomsday scenarios about an AfD victory in Germany didn’t materialize, and in fact they now have about the same level of support as the Greens, depending on the poll. The same thing happened in France with the Front National in the 2017 election.

Far-right parties in Europe tend to do better in certain kinds of elections (for example, European Parliament), but have difficulty sustaining that success over longer periods, or transposing it to national elections. This is not to downplay the threat they represent to liberal democracy and to minority communities, but simply to underscore the need to speak about the far-right in a nuanced manner.

How has right-winged nationalism gotten so big in Quebec in particular, with groups like La Meute gaining more traction?

Nationalism has always played an important role in Quebec politics. At times, there was a strong, progressive current to this nationalism. Take, for instance, the Lesage government or the early PQ governments. But this is less the case now. Nationalism is increasingly expressed in tribal terms, often using ‘us against them’ language.

I see the emergence of groups like La Meute as a phase in an ongoing anxiety about Quebec identity. The first phase was the reasonable accommodation crisis that culminated with the Bouchard-Taylor hearings. You saw ordinary Quebecers at these hearings take the microphone and express really unsettling opinions about immigrants. The second phase was the Charter of Values debate, around 2012.

Many of the same anxieties were being expressed, but now you had this added variable: the Internet. And so many people took to the Internet to express their opinions about immigrants, and Muslims in particular, allowing them to network and amplify. Far-right groups represent the third phase. They began as Facebook groups, where people could freely express opinions, but gradually became more organized and took to the streets to protest. I think that phase is coming to an end at the moment. Groups like La Meute are fragmenting; membership is declining and they are less present in the public sphere than they were 12-18 months ago. It is difficult to say what the next phase will be.

One possible iteration is something like Maxime Bernier’s party, that is, the creation of institutionalized political vehicles for anti-immigrant sentiment. These, of course, have been a fact of political life in Europe for a long time. However, it’s not clear if such parties will be able to have much success in either the Quebec or Canadian political systems.