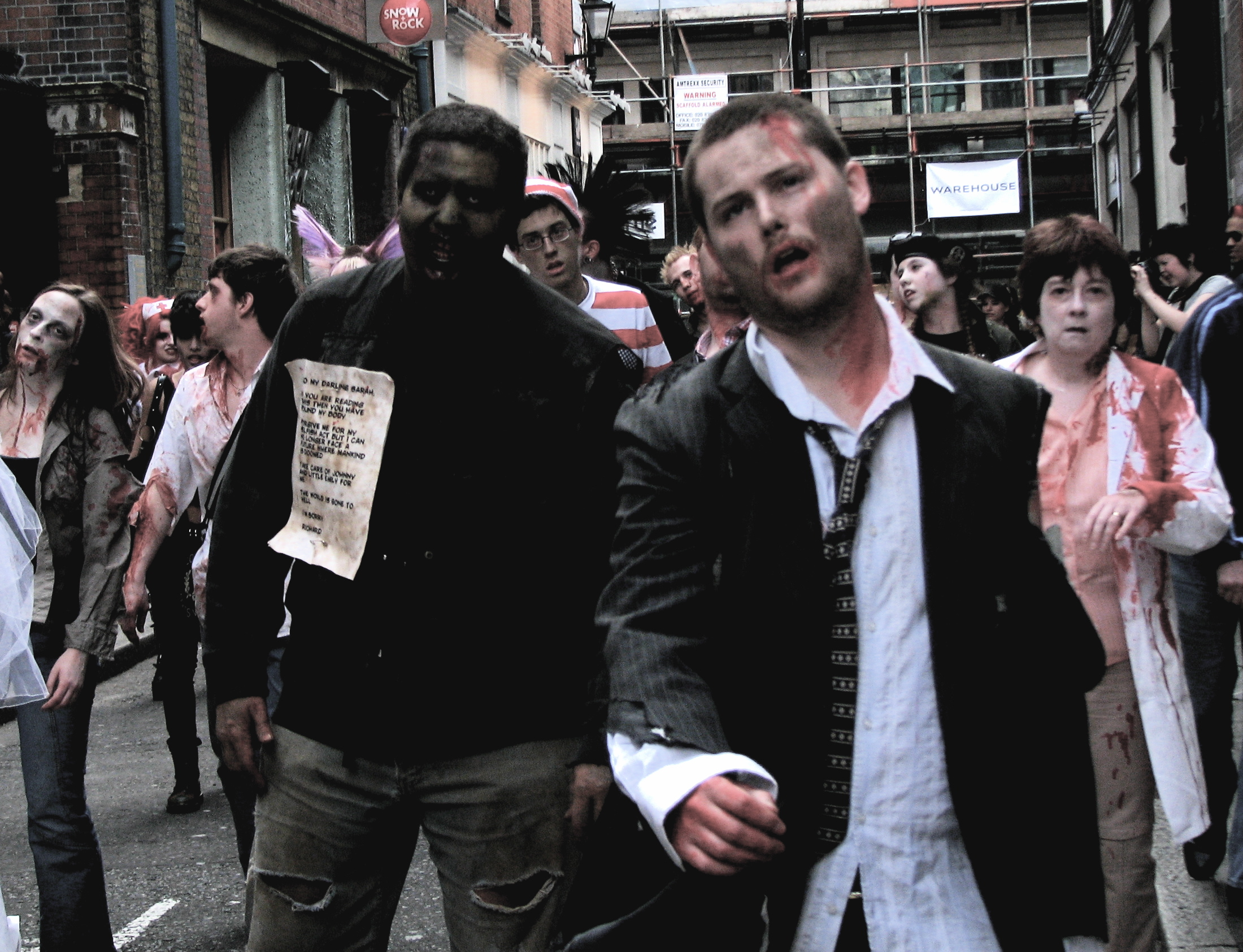 With Halloween just around the corner, there is probably one science question you are absolutely dying to hear about: what is up with those zombies? Is such a thing as a dead, mindless, flesh-eating monster possible? Well, the answer to that question depends on what you call a zombie. The Oxford Dictionaries defines zombies in popular culture as, “a person or reanimated corpse that has been turned into a creature capable of movement but not of rational thought, which feeds on human flesh”. Taking the full definition, there has yet to be a dedicated team of scientists that has created a true zombie. However, if taking parts of the definition, such as the lack of rational thought, the reanimation, and the feeding on human flesh, then partial zombies do indeed exist.

To look at mindless zombies in the natural world, it is best to turn to certain insects and fungi. The zombie creatures here are still alive, in the sense that they have lung and heart functions, but their brains are affected, such that they lose control of their bodily functions.

Ophiocordyceps unilateralis, for instance, is a type of fungus found in tropical climates that is well-known to infect ants. When this infection occurs, it alters an ant’s behaviour so that it would crawl to a suitable environment for fungal growth, latches onto some type of vegetal material, and slowly wait for death from starvation. After death, a stalk grows out of the head of the ant, that releases spores to infect other ants passing by the area. Other ants, however, are known to avoid these so called “graveyards”, seemingly due to fear of infection. Pretty creepy, is it not?

In addition to Ophiocordyceps unilateralis, an equally unfun guy in the natural world is Ampulex compressa, or the innocent sounding Jewel Wasp. Much like its fungi counterpart, the Jewel wasp can create zombie-like creatures, but this time, it is with cockroaches, which the wasps use as hosts for their larvae. Essentially, when the Jewel Wasp feels the need to lay an egg, it finds a vulnerable cockroach. The wasp then stealthily approaches it, and paralyzes its front legs with its stinger. Then, the Jewel wasp literally performs precise neurosurgery by inserting its stinger into the immobile cockroach’s brain and releasing neurotransmitters. Later, as the wasp goes off to find a suitable hole for the cockroach, despite the first paralyzing sting having worn off, the cockroach stays in place because of its addled brain. After that, the wasp leads the zombie cockroach to the hole, plants its egg on the bottom of the cockroach and seals the hole. While this is happening, the cockroach is still alive and can try to escape at any moment, but it does not. Instead, it stays transfixed for several days before the egg hatches, and the larvae eats its way into the cockroach and feeds on its body. Inevitably, the poor cockroach dies, and the larvae, inside its body, creates a cocoon where it matures. Once matured, the new Jewel Wasp crawls out of its babysitter’s body and starts its life. This process is perhaps a little more Alien (1979) than zombie, but the way in which the mind is being affected by neurotransmitters is quite zombie-esque and creepy. 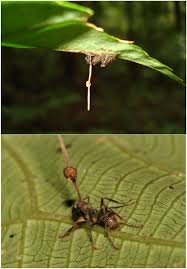 But you’re probably also thinking: so what? Who cares about a mushroom or some cockroaches? You want a story of bringing back the dead. Well, the scientists at Bioquark, an American company based in Philadelphia, are trying to do something that is perhaps quite mortifying. These scientists are attempting trials to reanimate patients that have suffered brain death. One of the main challenges of doing such a feat is regarding the deterioration of brain tissue, and thus neurons, that occurs once the brain ceases to function. Humans cannot regenerate neurons on their own, but Bioquark is hoping that stem cells injections, a special kind of cell found in embryos and other types of human tissue, may prove to be the key to bringing back the “dead”. The fact that these people may still have operational lung or heart functions aided by machines, but lacking brain functions, closely links them with the definition of a true zombie. While Bioquark seems deadly serious that there is a chance of success in their work, other scientists and doctors in the field of bioresearch are sceptical of its effectiveness. Certainly, in the working definition of zombies, this research, if successful, would be a reanimation of a person previously considered dead.

As for the eating of human flesh by other humans, which is termed cannibalism, it made this writer rather nauseous for hopefully obvious reasons, so it will be discussed in brief. Throughout human history, there have been many recorded instances of cannibalism. Perhaps too many! Sometimes, like in the case of the people of Papua New Guinea, it was for ritualistic reasons. For others it was survival, like the crew of the Franklin Expedition lost in search of the mythical NorthWest Passage across the Canadian arctic. Or, simply, deranged individuals killed and then ate people. If the dear reader requires a moment, please do! Take your time before coming back to this article. Better? Okay, let us continue. Even today, such a sickening practice occurs, as one of the current trends that has existed for many years. However, what has recently gained notoriety from celebrities, is the eating of the placenta, which is the organ that connects a pregnant mother to her baby. Famous celebrities, such as Kim Kardashian West, after pregnancy, have turned their placenta into pills and consumed them, supposedly for medical benefits. Others have gone for a placenta smoothie or, straight up, a placenta steak. But, either way, we can affirm that Kim Kardashian West is basically part zombie. The eating practice of the placenta, called “placentophagy” has not been proven by researchers to hold any medical upsides, but will most likely get “likes” for the celebrities and their cannibalistic behaviour.

But either way, we can affirm that Kim Kardashian West is basically part zombie.

Thus, creating mindless creatures is possible, bringing back the brain-dead is being researched, and there are people who eat human parts. However, all these parts of the zombie definition are separate, and have yet to be combined in a single being. So, we cannot yet say that there is a zombie that conforms to the entire definition, but there are some creatures and practices that get quite close.