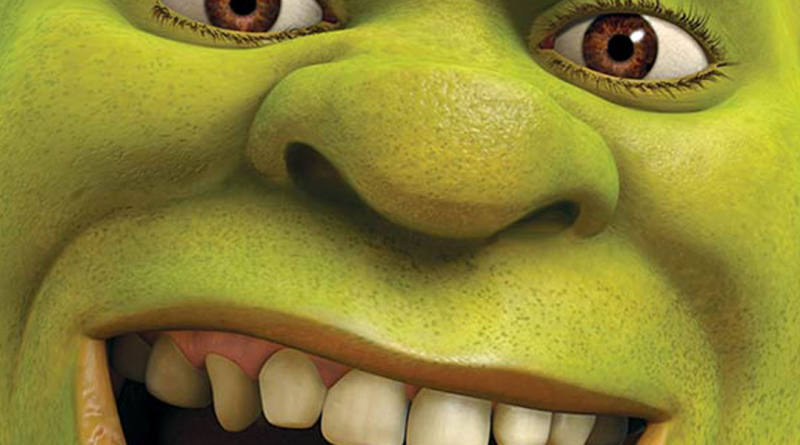 Well, Valentine’s Day is coming, and it won’t stop coming. For most people it means they need to hit the ground running and spend time with their significant other. For others, it’s a hard punch in the gut. Once again, you’re bitter and alone on this godforsaken holiday wanting to curl up in bed and die. They are both viable ways to spend this treasured day. However, in my opinion, the most successful way to spend your Thursday is with some ogrely love. The Shrek movies (the first two specifically) are some of the greatest romcoms known to mankind and make for a great Valentine’s treat.

The original two films are great pieces of satire. Ignoring the memes, the core of Shrek is a subversion of the fairy-tale genre we all know. While there isn’t anything inherently wrong with these fairy-tales, they are cliché and dated. The Happily Ever After presented in these stories are heavily limited and kind of privileged. The couples are usually otherworldly, gorgeous individuals who have obtained a high degree of wealth and class. There are a few exceptions, but even in these cases, the main protagonists usually end their story with beauty, wealth and even a kingdom to cherish. These limits make it seem impossible for anyone outside the standard to find happiness of their own. Shrek approaches this romantic gatekeeping and tosses it out the window. Shrek is about a jaded, ugly ogre who is shunned by society because of his status. He’s a monster and monsters don’t deserve happiness. Shrek, in his loneliness, is angry at the society he lives in, pushing people away because they fear him. We see through the film that Shrek has a heart of gold, is a humble soul, and can find love. He breaks out of the status quo and seeks his Happily Ever After, fearless of what others might think.

This idea is further explored in the sequel. Shrek 2 dissects the meaning of Happily Ever After and whether or not there truly is one. Sadly, there isn’t. Relationships are complicated and stability often doesn’t last, even if you have the “perfect” partner. Shrek goes through a literal metamorphosis in the story so that he can be accepted by Fiona’s parents because he believes it will make his wife happy. This ends up deepening the relationship and shows that you shouldn’t change yourself for the sake of others.

This message is unbelievably wholesome and one I wasn’t expecting from a character that has been ingrained in our dumb internet culture. There is a lot of soul in these movies. I’m glad I had the chance to revisit the series after so long. If Shrek can find happiness in who he is, and in turn find someone that loves him for who he is, I believe we all can.