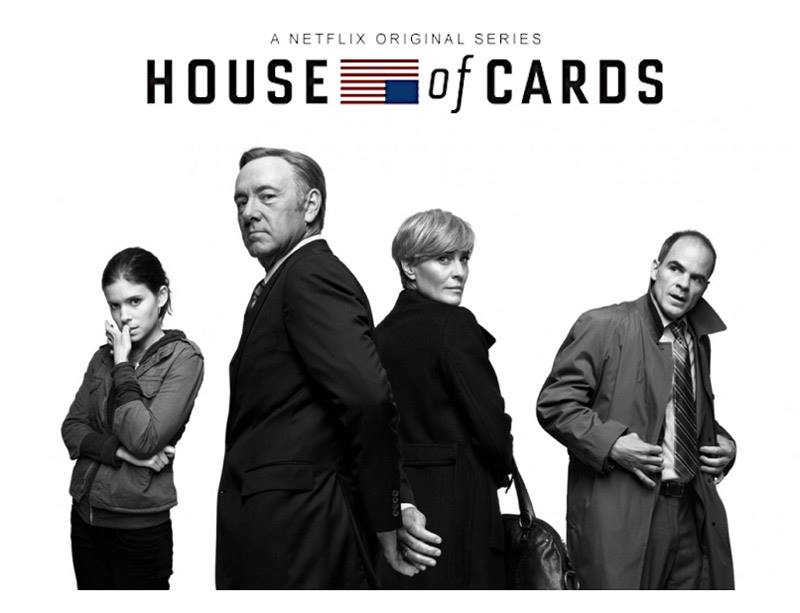 Very few men and women have impacted our society so profoundly that their wisdoms become referred to as classics. The list is in fact very short. Nonetheless, despite any disagreements about who should make the cut, there is one consistent figure everyone can agree on: Renaissance man Niccolo Machiavelli. One of the greatest minds of the Renaissance, Machiavelli is without a doubt institutionalized in our contemporary politics.

Thus, the cult classic House Of Cards is without a doubt Machiavelli influenced. When analyzed deeply, it reveals itself to be a critique of Machiavellian theory.

Frank Underwood is the idealistic Machiavellian. He’s completely power hungry, and appreciative of the value of manipulation hidden behind mass appeal. Through and through, he is the ultimate politician: successful, but the epitome of ruthlessness. His wife, Claire Underwood, is intrinsic to his success. They share ambitions of complete governance through a team effort of lies, mutual deception, and shared psychopathy.

Niccolo describes how a monarchy, or anyone in a position of authority, should and can withhold their sovereignty, ideally, and if put into practice one does hold siege over their power. Unfortunately, if applied fundamentally in every aspect of one’s life, morality and ethics shatter, and thus humanity disappears. As Claire tells her husband in the climactic final episode of season three, when stripped of our title, we are just animals. A lasting facade rips one away from their identity, and society has been constructed for us to cope fundamentally off of identity. Thus, pure Machiavellianism, as argued by the show, pushes one to derangement.

Furthermore, the show hints at subliminal aspects of misery among its various characters, perhaps taking more of a Schopenhauerian approach. A Freudian could argue that the couple’s lack of sexual intimacy, and their severe and rare sexual outbursts, is in fact caused by their facade-driven personas, which eventually disintegrates one’s psychological well-being. Frank, for example, is an obvious closeted homosexual. He also never shows any empathy towards female characters, except his wife with whom he obviously shares shame, and as he explicitly says: unworthiness. Yet, he has shown obvious sentiments for male characters, one in particular is the only other character he ever showed true love for: his old buddy from the Sentinal.

Frank expresses a complete lack of self; he is always subjected to others, indulging in his Machiavellian principles, exhausted and overwhelmed by the multitude of his ambitions. House of Cards depicts the faults of perfect sovereignty, it critiques politics in itself, its very root, and the extent of extreme Machiavellian disposition.

Season four offers the audience the complete demise of such Machiavellian embodiment. Not only is this season climactic, the writers seem to have introduced a curious addition to their critique: Machiavellianist politics leads facist politics. I encourage everyone to watch this amazing show, especially anyone with an interest in politics.