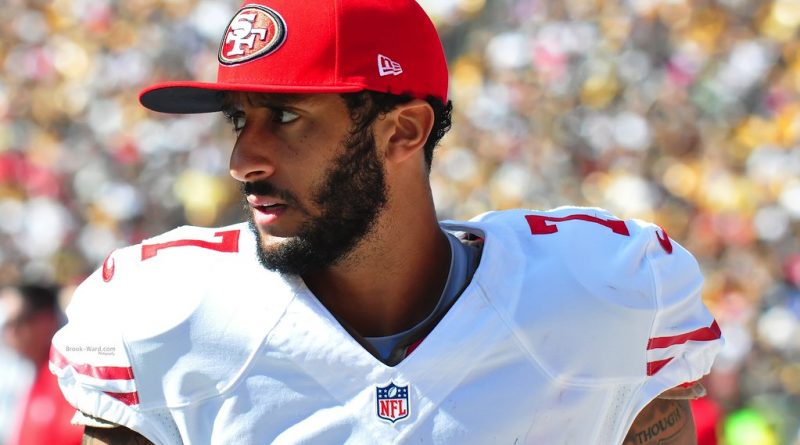 On April Fool’s Day, @nflhatememes published a graphic stating that the Miami Dolphins agreed to contract terms with the ostracized quarterback: Colin Kaepernick. It was a joke. But the real joke here is the fact that this kind of headline never could have been taken seriously.
In the midst in one of the worst police brutality spikes in recent memory, Kaepernick made the decision to not stand during the performance of the national anthem at the start of every game.
“I am not going to stand up to show pride in a flag for a country that oppresses black people and people of colour” said Kaepernick after he remained seated during the anthem for a preseason game in 2016.
The 49ers wrapped that season at 2-14, yet their newly controversial quarterback still posted respectable stats. But he hasn’t played since.
That right there is the problem. That institutionalized tolerance of blatant racism that has seemingly woven itself into every crevice of power in the United States. That same racism that has kept Kaepernick and his talent out of the game that he gave his everything to.
The National Football League has never had any qualms with bestowing the title of ‘world champion’ on the Super Bowl winner, even though the U.S. is the only country where the game is played on this scale. So while calling themselves ‘world champions’ is a little presumptuous, it is also indicative of the fact that they believe they have the best talent on the planet playing for them. With this in mind, you would think that nothing could get in their way of making sure that their teams are actually equipped with the best talent available. But if the Kaepernick situation has taught us anything, it is that that is not the case.
The NFL cut ties with Kaepernick, yet continues to employ Nathan Peterman, a quarterback with four times as many interceptions as touchdowns. And that is the only joke that should be getting any coverage.