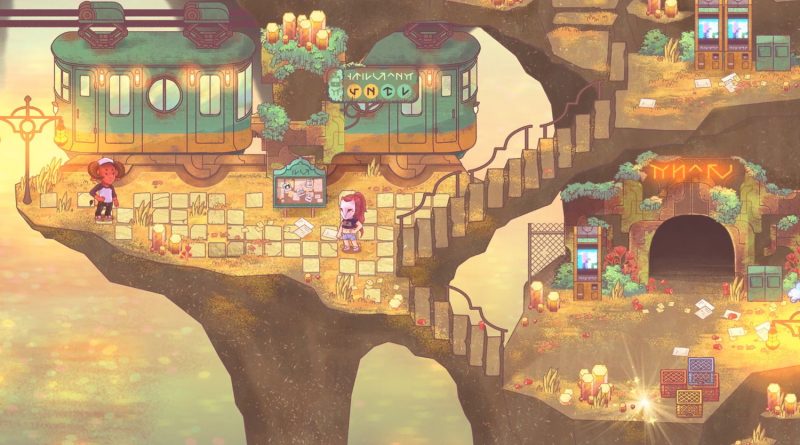 The World Next Door is an indie game, despite being published by Viz Media, that was released almost an entire year ago on Steam and Nintendo Switch. The game’s interesting art style caught my eye when browsing the Nintendo eShop, and upon seeing its release date, I was confused as to why I hadn’t heard of it before.

Thankfully The World Next Door has a free demo on the platforms it’s available on, and it’s a very concise presentation of what the full game has to offer. When not in a dungeon, gameplay revolves around exploring the 2D overworld and talking to the many varied and interesting NPCs to learn more about the setting. Dialogue as a whole functions much like a visual novel, with small choices dictating the way the main character (Jun) interacts with the people around her. As the aptly-named The World Next Door takes place in a fictional and imaginative land, there’s a lot to be discovered.
To progress through the story you’ll have to go through several dungeons and battle numerous creatures in a strange new blend between puzzle and combat. Fights take place on a grid, with colourful bizarre runes that you have to match together to cast different spells. It’s really something that must be experienced instead of explained, as I can’t think of anything else like it.

The World Next Door is well worth its low price, in spite of the fact that it’s not a particularly lengthy game if you just breeze through the main story. The fun combat mechanics and engaging storytelling make for a thoroughly fun experience overall.