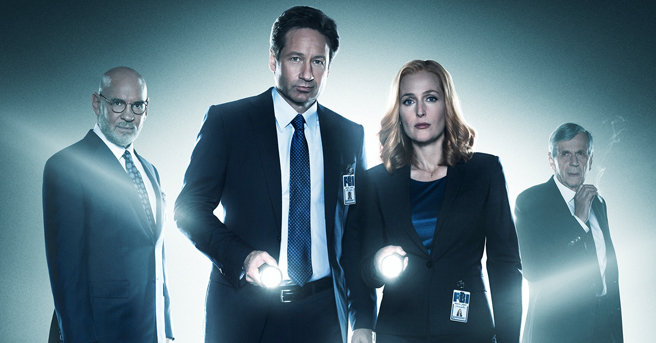 Mulder and Scully are back!

The duo from one of the most popular series of the 90s returns for a short six episode season of The X-Files, captivating fans both old and new 13 years since its finale back in 2002.
The revival (or season 10) of the series was announced back in March of 2015 by Fox. Despite only a few episodes being made for this season, old fans of the TV show, including myself, were excited for the series’ revival.

Four episodes have already aired on television, the first two being part of a special two-night premiere.

Old viewers of the show will definitely be pleased with the continuation of Mulder and Scully’s investigation of unexplained supernatural cases classified as the “X-Files”. They will also be happy to see beloved or intriguing characters such as Skinner and the Smoking Man return as well.

As for new viewers, anyone who loves the series Fringe will likely also really enjoy The X-Files as the tones of both shows are very similar. The latter arguably has something extra that makes the series even better: besides being extremely compelling and gripping, The X-Files is centered around oddly believable conspiracy theories that often put the investigators in harm’s way.

The first episode of the 10th season somehow did not feel quite satisfyingenough for a premiere of a long-awaited series’ return. The plot of the episode was intriguing, and the showrunners did not lose any time, jumping right into the mystery, which was in a way both good and bad. I say “bad” only because the story felt rushed in order to get new viewers into the action and there was not enough time for any tension or mystery to creep in. Don’t get me wrong, the episode was very good, but it would have been excellent if only it had been a two-hour episode.

The fantastic second episode showed improvement; it was well-executed and strongly reminded me of the most suspenseful past episodes of the series. The showrunners introduced viewers to a mysterious case that gripped our attention from the very beginning and contuined straight into a government conspiracy theory. Mulder is, of course, the one that brought forth the interesting conspiracy theory right at the beginning while Scully believed that something else was happening. And for the cherry on top of the sundae, the Smoking Man made his return leaving fans wondering what this intriguing character is planning.

Fox’s release of the first two episodes as a two-night event managed to get some really impressive viewership numbers. On the night of the premiere, over 16 million people watched the first episode of the revival, and 10 million the episode the following day (Screenrant.com). These statstics only take into consideration the numbers of U.S viewers; Fox estimated a total of 50 million viewers.

Overall, the long-awaited revival was well-received, beating previous viewership numbers from the series in the 90s and hopefully gathering enough viewers to renew the series for next year… we can only hope for the best.