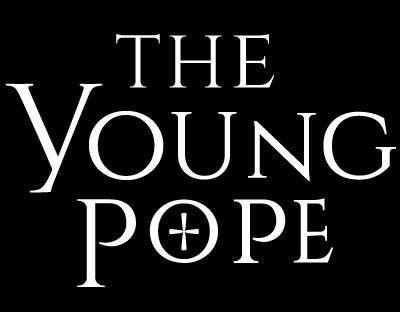 What do the following have in common: a chain-smoking pope whose favourite pastimes are guzzling Cherry Coke Zero and barking orders, a pet kangaroo wandering around the Vatican, and Diane Keaton in a nun’s habit playing basketball? They can all be found on the first season of Paolo Sorrentino’s HBO television drama series, The Young Pope.

When I first saw the trailer for the absurd new show, I laughed. Who on Earth had asked for this? However, the more I thought about it, the more intrigued I became. I was sucked in by the promise of breathtaking cinematography, as well as seeing some of the inner workings of the Vatican picked apart onscreen. By the end of the first season, I was no longer laughing.

The basic premise is that a young American pope is elected, the plan being that he should act as a compromise between conservative ideas and the more liberal ones beginning to emerge. The older cardinals hope to use him as a puppet and make decisions for him. However, they quickly learn that Lenny Belardo (Jude Law) has no intention of allowing anyone to control him. As an orphan abandoned by his parents at a young age, he is power-hungry and promptly begins a reign of terror, bringing the Catholic Church into an age of darkness. His ludicrous demands have disastrous consequences, affecting both his personal life and all Catholics on a global scale. He eventually begins to thaw after suffering from the outcome, leaving the future of his papacy slightly more hopeful, yet still uncertain.

Jude Law’s stellar performance in the titular role is without a doubt what makes the show. I don’t think any other actor could have achieved the sheer magnetism he brings to the part. In a similar vein in as House of Cards, he is every bit an anti-hero. Terrifying, yet with an undeniable charm, he believes that the world revolves around him and makes the audience believe it too. The role doesn’t confine him to the neat boxes of attractive male lead or character actor, and instead allows him to merge the two, carving out new, unexplored territory in his acting career. Diane Keaton, however, had a much smaller role than I had initially anticipated, with considerably less screen time than the other secondary characters. Her talents were wasted by the lack of opportunity she was given to shine.

The Young Pope is perhaps one of the strangest shows I have ever seen. A blend of hyperrealism and surrealism, the show includes many bizarre dream sequences, hazily lit flashbacks and moments that defy reality. The vast majority of the time, Sorrentino’s penchant for absurdity works in his favour, and the result is wildly original, fascinating content. Occasionally, something just doesn’t jive and what he’s attempting falls flat, but this thankfully doesn’t happen too often. The show is extremely unpredictable, with an ever-fluctuating tone. From heart-wrenchingly real to completely ridiculous, menacing to funny, deadly serious to soppily sweet, it’s a beautiful mess that definitely keeps viewers on their toes. If you’re looking for a straightforward story, you won’t find it here, but The Young Pope is exactly the breath of fresh air you need if you’re looking for something out of the ordinary.