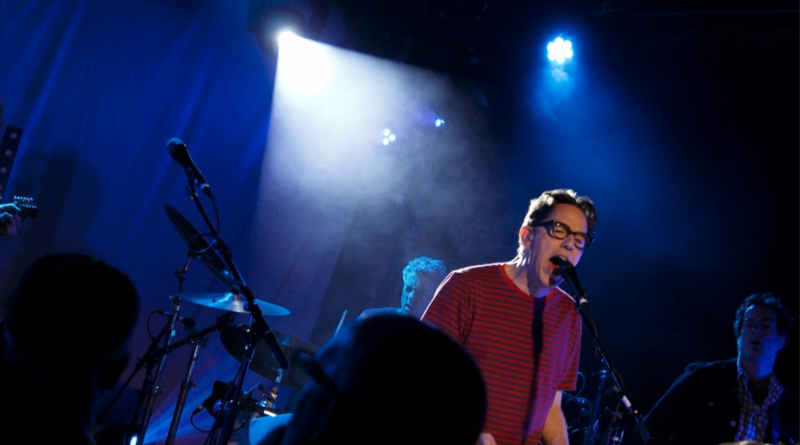 They might be Giants visited Montreal last week for the first time in over a decade, performing at the Fairmount Theatre to a large crowd of eager patrons, all waiting to hear one of their favourite musical groups. They Might be Giants has a breadth of different styles of music, ranging from kids songs about science, to songs about whistling in the dark, to songs about a metaphorical crane that is needed to dismantle a broken marriage. As a result, the audience featured people of all ages, most of whom were capable of singing along to every song that the band played from its collection of over twenty studio albums.

The band started its first set strong, with their song entitled “Damn Good Times”, which would foreshadow the rest of the night well. It’s a poppy and energetic song about a girl who is a natural dancer that everyone adores. The first set the band did was a mix of their most popular songs, such as “Birdhouse in Your Soul” and “When Will You Die?”, their stranger songs, such as “Shoehorn with Teeth” and “Doctor Worm”, and songs off of their new album, which they apologized for, knowing that people were more interested in the other songs.

What makes They Might Be Giants such a special band is their unique blend of comical and nonsensical with genuinely great music, and they brought their A-game that night. Their humorous banter in between songs kept the entire audience in great spirits all the way through. This included a joke where the band members kept deadpanning each other by saying “Funny”, a joke about the glockenspiel they spent a few minutes setting up on stage, but that they only used about three times in the next song. At the beginning of their second set, they commented on how they would be singing songs written in the 1800s and that they would all be switching to acoustic instruments for it, with the exception of the drummer who would now be playing electric drums.

Their second set would feature some of their more iconic songs, such as “Istanbul (Not Constantinople)”, “Why Does the Sun Shine?” and “The Mesopotamians”. It ended with their song “The Communists Have the Music”, which, although a good tune, feels mildly weak to close out on. This warranted the audience, to chant “one more song” until the band came back for an encore of two songs, including their collection of small song stanzas called “Fingertips”. However, that wasn’t enough, as the audience began chanting “one more song” as soon as the band left the stage again. They came back out saying they regretted not coming to Montreal more often, and then performed their second encore to close out the night.
Overall, the entire night was fantastic from start to finish. They Might Be Giants outdid themselves. Their true talent doesn’t shine nearly as much in their recorded music, versus when they perform. As a result, it’s become harder for me to enjoy their albums now that I’ve heard them live. The band probably isn’t for most people, but if you’ve ever considered yourself to be a fan of the band, you owe it to yourself to see them live at some point.