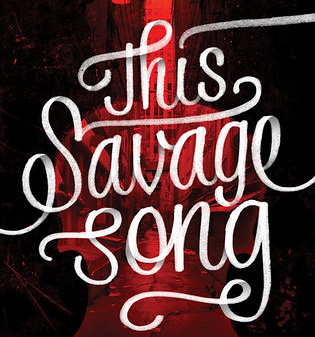 “There is no such thing as safe.”

Victoria Schwab’s This Savage Song (2016) is the first book in the Monsters of Verity duology. Schwab’s instant New York Times bestseller is set in a dystopian world where violence breeds monsters. It revolves around the two heirs to the divided city of Verity, Kate Harker and August Flynn. Kate is human, but she wants to be as ruthless as a monster whereas all August wants is to be human. However, humanity is a luxury one can only afford when safe, and there is no such thing in the city of Verity where monsters are roaming freely. Some will eat you raw, some will drink you dry, and some will steal your soul with music.

Although a dystopia, the novel doesn’t feel fictional at all. The characters are very believable and engaging which is perhaps the biggest strength of the novel. That being said the storyline is hard to predict with constant turns, reveals and plot twists making it very hard to put down. More often than not, the storyline is overshadowed with unnecessary romance in Young Adult dystopias like This Savage Song (2016) which surprisingly is not the case! The lack of romance really shines the spotlight on the plot and the character development making the novel so much more realistic. The focus on the formation of a seemingly impossible friendship was a rather refreshing substitute for the ‘superficial love’ cliché.

Overall, This Savage Song (2016) is great if you are looking for an engaging, unpredictable, and original novel with a dash of blood.