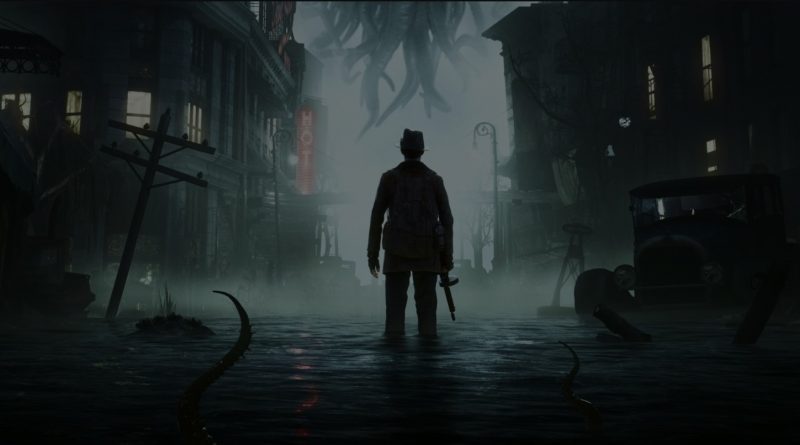 It’s mid-September, the fall season is upon us and the Halloween spirit has started to emerge within me. As such, I’ve been delving more into horror and atmospheric media. The Sinking City by independent developer studio Frogwares caught my eye for this reason.

In this game, you play as a private investigator who arrives in Oakmont, a city that has been affected by a flood crisis. Not only did the natural disaster leave the city in ruin, but Cthulhu-type monsters have emerged and the locals have been affected by strange visions. Citizens are suffering, the economy has crashed, people are using bullets as money and weird fish people now reside in the slums. Although it doesn’t sound like it, the world of this game is amazing. I love art that can get me invested into its world within seconds and The Sinking City delivers on that end.
The City of Oakmont is enriched by its environmental detail and its Lovecraftian aesthetic. Every area is damp, wet and rotting away. Buildings made of wood are barely holding up; with mold growing on walls and water leaking through ceilings. Every character looks dirty, tired and on the verge of insanity. The developers have also put a lot of care into the culture of their fictional world with Oakmont having its own history and culture. The game has strong documentation of its fictitious landscape which you can read up on through letters, in-game newspapers and archives. This is easily one of the best aspects of the game if you are someone who loves to explore every inch of a world and be rewarded with content.

As a detective, you must uncover the mystery of the visions and monsters that roam this swampy land. To do this, the player will have to do some detective work. This game is very non-linear in its approach with very little hand-holding. The missions and cases assigned must be solved by the wits of the player. A lot of cases will require to go around a crime scene and find clues to a mystery. Clues will be noted in a menu, but only through deduction and puzzle solving will the answers be revealed. There is also a lot of reading in this game. Players will have to pick up letters, notes and documents that may pertain to the case. This really incentivizes to read up Oakmont’s history to find out how to progress. While this might be a turnoff for some, this aspect of the game really impressed me and made me feel rewarded when I did figure out how to solve a case.

Sadly, this title is not perfect. Limitations can be felt in the combat. Fighting mechanics borrow heavily from other survival horror games with 3rd person gun-play through creepy hallways. It’s easily the game’s weakest feature. Shooting monsters does not feel good at all and there’s no weight to the enemies and their reactions or attacks. It’s not the worst thing I’ve played and it’s tolerable since it’s not the core aspect of the game, but it does leave a sour taste in my mouth.

If any of this sounds interesting, I highly recommend that readers check this game out. It’s clear the developers put a lot of passion into their work even if it’s not perfectly executed. I should also note that this game is an Epic Games exclusive on PC. Regardless, give The Sinking City a go if you love non-linear exploration. It’s not every day you get to play an H.P. Lovecraft detective game.