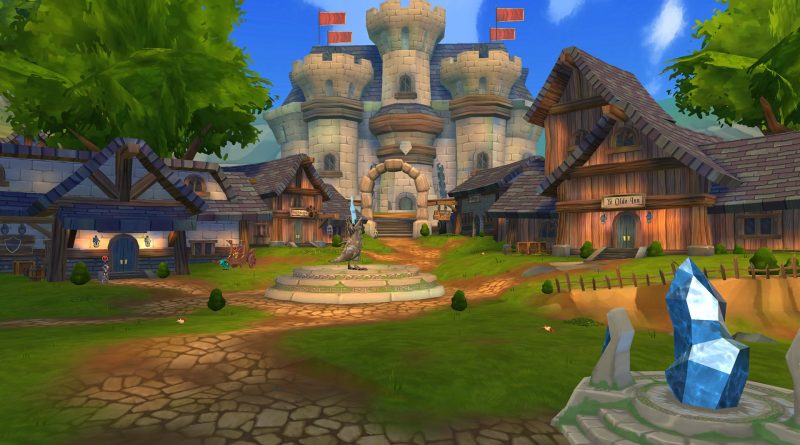 Before high school, I had a pretty crappy family computer. It was from 1998, smelled like nicotine and used dial-up. The specs were awful, and it would usually take me 15 minutes before a google page would load up. Growing up not middle class, I had to manage my time and what I wanted to do on the computer since it was so painfully slow. One of the only flash games that would take less than an hour to log onto and load up was Adventure Quest Worlds. I spent a lot of time as a kid playing the MMO not only because it was one of my only options, but because of its charm and lightheartedness. It was my introduction to the genre and a good one at that.

Last week, as I got home from my internship, tired from an unpaid day of work, my brother informed me about a new Adventure Quest game that had been out for a while. Surprised that I had never known about it, I looked it up and installed it as soon as I booted my computer. In the time spent between installing it and writing this article, I’ve spent at least 20 hours in the game with my mage character Kaitlynn of Nondor. I’ve been grossly invested in this nostalgia trip that has made me feel like a 10 year-old again.

Adventure Quest 3D, developed and crowdfunded by small long-time indie team Artix Entertainment, is the 3rd installment in their MMO series. The developers have taken the mission of reimagining their expansive universe in 3D and with a fully fledged story including multiple questlines. They also have managed to make the game cross-platform on android and apple devices.

I have a lot of respect for this team. Even if they are small in size, they have been routinely updating their project on top of keeping their old titles afloat. The game has constant live events and daily quests to reward players, keeping the user base active. They have also promised to keep the game free-to-play even when it leaves early access.

So far, aside from the nostalgia factor, the humour, quests and satisfaction I get from completing areas has kept me going. There are numerous NPCs to talk to and a load of side-quests to complete if you feel like taking a step away from the story. The game is also good for casual players. The micromanagement of sub-systems and HUD pages are kept to a minimum. It focuses mainly on the core mechanics of an MMO.

I do have a few gripes. Certain quests do become a little repetitious, especially early on in the opening overworld. Unfortunately, with many free-to-play games come microtransactions. I haven’t spent any money on the game (aside from ordering a cute plushie from the games website), but I would not be surprised if they creep up later down the line and I will have to face a paywall. I find it irking that to craft weapons, I have to wait 5 minutes or even an hour before it is fully crafted unless I dish out money. Some of the visuals also look bland. The world itself is fine, but some of the character models are pretty basic and appear the same.

As it stands, I would recommend the open beta. I have a personal love for Adventure Quest and playing this game has been a trip down memory lane. I can’t wait for further updates and look forward to the potential future of the MMO succeeding my expectations.