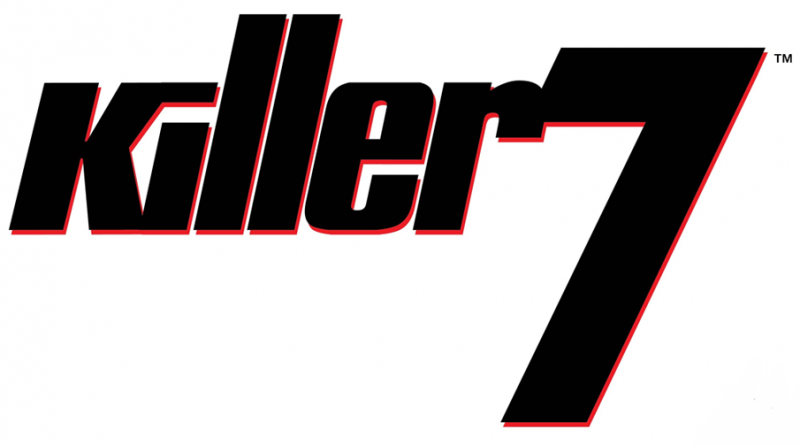 Suda51 is another recognised and respected game director amongst video games with a cult following. Known for his series No More Heroes, he’s worked on numerous other games which are coined as arthouse and stylish. One of his first games which put his name on the map outside of the eastern world is Killer7 which gained mass praise by western reviewers back in the day. It got an hd re-release in 2018 on steam. I’ve decided to sink my teeth into the game and see if it holds up to scrutiny in our current generation.

Inspired by the 1973 Japanese yakuza film Battles without Honor or Humanity: Hiroshima Deathmatch, the game is a Noire genre on the rail’s shooter where you play as group of assassins known as the killer7. Except the killer7 are not seven separate people, they are actual one. You play as agent Smith(s) a man who has a dissociative personality disorder and who can physically manifest and transform into seven of his personalities by staring into tv screens or camera footage.

The setting takes place in an alternate 21st century setting where acts of global terrorism such as 9/11 never happened since all the nations of the world signed a peace treaty which disarmed all weapons of mass destruction, banned all  international flight and removing access to the Internet from the public. These measures were set in place to avoid any human caused crises. However, an extremist group known as Heaven’s Smiles – who are weird giggling humanoid figures who attempt suicide bombing of anything that moves – are causing tension between the United States and Japan with the group pulling the strings of Japan’s government behind the scenes.

As stated, the game is partly an on the rails shooter that switches between first person view and third person view. Each mission will start off agent Smith(s) outside the building they must infiltrate to reach their target. The unorthodox control scheme only allows the character to run in one direction by holding down a button. Eventually the character will run into different paths which the player will be able to select to explore the area. The gameplay loop consists of exploration, puzzle solving and enemy encounters. Combat encounters are done in fps mode where the player has full camera movement of agent Smith(s). Each character has a different weapon – usually a gun of some sort – which they can use to deal with enemy’s or solve environmental puzzles with. Certain personalities are better used approaching enemies while others are uniquely used for their special abilities exceptional to them. For example, Mask de Smith, a luchador wrestling assassin with duel wielding grenade launchers is useful for breaking down brittle walls. However, his weapon only holds one shell at a time and takes too long to reload making him very vulnerable in crowded rooms with enemies. Contrast that with Dan Smith, the Irish American assassin, who is a well-rounded character. He carries Colt Python .357 and can deal with a large crowd of enemies with ease. On the other hand, he does not have any special abilities outside of combat. Each character has a special use and each level will make use of certain abilities which ensures players will be using more than one character throughout their session.

I also want to take a moment to appreciate the game’s stellar art direction. The noir/neon aesthetic is brilliantly utilised through the technique of cell shading – a technique in games used to imitate hand drawn animation. The colours pop out vibrantly and while character models are somewhat low poly, the game graphically has aged well overall – since it came out for Playstation 2 and Gamecube hardware.The game’s art direction to this day is still strong and holds a unique character I haven’t seen replicated. The visuals are also elevated by the game’s on rails design which allows for different rooms and scenes to have cool and dynamic camera shots.

One of the best aspects of Killer7 is the political intrigue in its alternative history it offers notably between US and Japan relations. The killer7 are hired by American figures who want to destroy the sovereignty of Japan which is presented as a hindrance and of little economic value. We also get to see the foils within the Japanese government. In their cabinet, the two main parties are the UN Party and Liberal Party. The UN Party is more powerful, authoritarian party which seeks to end ties with the United States as well. They seek to seize control of the Japanese government and rule over it with its own extremist ideals. The Liberal Party, on the other hand, is seen as nothing more but a puppet party controlled by the former party to secret its true plans. While clearly fictional, the political affairs are rooted through real historical relations such as the American occupation of Japan throughout the 50’s and 70’s as well as the state of Japan’s Liberal party which is criticized for its authority to this day. While pronounced Liberal, the party remains heavily conservative in its beliefs and is governed by the older generational ministers and opposes the political and progressive beliefs of younger politicians in the house who have less power and say.

Overall, aside from a few boss fights that are dull and awkward controls, I think the game holds up and still presents a bold and unique experience to this day. There aren’t many games like Killer7 and I believe it presents a strong case of video games as a medium having the power of crafting a bold artistic vision that does not shy away from political themes.