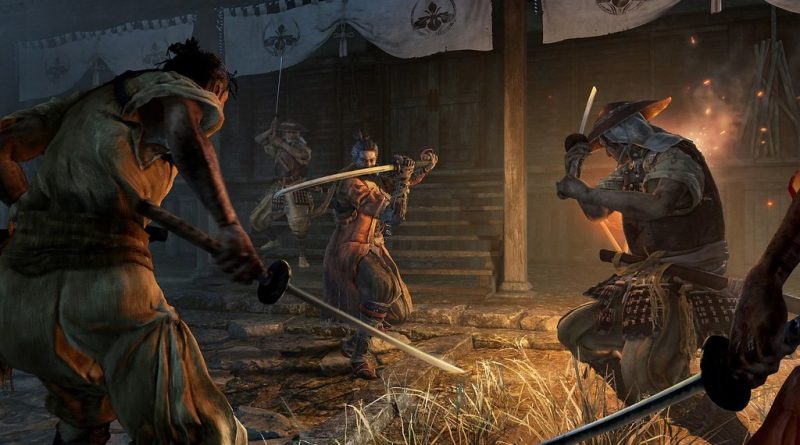 FromSoftware’s new project Sekiro, an action-fantasy game set in Japan’s Sengoku period, was released back in March. As a fan of their previous works, I was really excited to see where director Hidetaka Miyazaki and his team would take their next installment.
A surprising change I immediately noticed was the combat. Typical FromSoftware games have relatively straightforward combat systems that rely on recognizing the pattern of your enemies’ attacks and defeating them by finding their weak points. While this game follows suit, each encounter takes a much more passive route and the combat focuses more on how well you can deflect the incoming attacks of enemies. This new concept completely alters how you approach gameplay. The game has a flow similar to a rhythm game. Every enemy has a distinct attack pattern and wind up animation which helps visually coordinate the player when to deflect incoming attacks and essentially throw enemies out of their tempo.
Jumping is not anything outright ground-breaking in video games at this point, but FromSoftware games don’t tend to implement this mechanic actively. Sekiro is the first of the ‘Soulsborne’ genre they have crafted that even implements a designated jump button. This extra movement not only changes how you interact with your avatar character, but also adds an immense layer of verticality to the level design and world building. A lot of this game will be spent jumping or swinging on rooftops and slaying your opponents from above, not only opening up the world to new reaches, but also the layers of ways to achieve your goal.
Tony’s first impression? The game is tight!