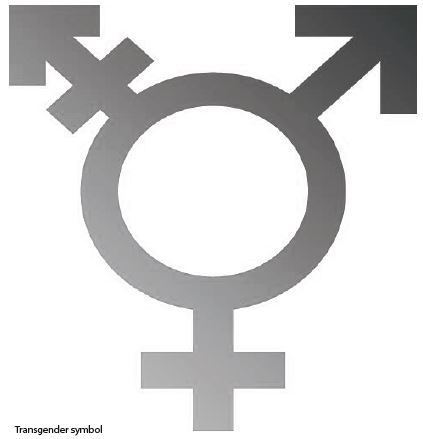 On Pronoun Issues and Opening Your Minds

That title is a question I get a lot. If I introduce myself as a name that’s obviously a name used by the opposite sex, most people either just pause for a bit and echo “Serena…? Did I hear that right?” and then proceed to use the pronouns relating to my sex, rather than gender identity. Or people will say “Wait, but that’s a girl’s name and you’re not a girl” due to ignorance. The latter is always more awkward, because then you have to explain what being transgender means. The idea of being trans* is a new concept for most people because schools don’t teach kids about it or even mention that it exists for the most part. So, what IS being transgender? I’m going to try to answer that to the best of my ability. In simple terms, being transgender is when your biological sex doesn’t match up to the way you “feel” inside.

It’s pretty hard to explain how someone feels, but you sort of just know. For some people, just being in their body, seeing themselves in the mirror can be agonizing. Because not lining up mentally with your physical body can be agonizing. However, not everyone experiences such dysphoria; everyone deals with it differently. Though, you’d think being transgender at this point would be mostly accepted, but it’s not.

Transphobia (just like any other phobia of “different” kinds of people) is totally still relevant in today’s society. Heck, even at Abbott. Back to the first point of introducing myself to people. I’m a really awkward girl. I don’t like making awkward segues in conversation. So saying “Hey! I’m Serena and these are my pronouns” is sort of difficult. The last part is, anyway. Because it breaks the general flow of conversation.

Most people don’t really know what being transgender means or understand it, so the average person doesn’t ask about pronouns. Usually I’ll correct people, and then they’ll feel bad. But that’s also awkward and inefficient. The thing is, even if people are painfully aware of my preferred pronouns, I still appear male to people. I wear jeans and a vibrant coloured t-shirt everyday, and my voice is obviously male to someone who doesn’t understand the difference between biological sex and gender. People have sort of been drilled into the habit of using whatever pronoun the person looks/ sounds like. So I get called “he/him” a lot by people who know I’m trans and don’t even have malicious intentions. It’s just a mistake. Even people with the best intentions screw up. At first, generally, people are understanding, but when the same people never learn from their mistakes, it becomes a living hell. The idea that people can’t break a habit for their life is sickening. In my case, I physically cringe every time someone misgenders me. It’s agonizing.

I guess the point of this article was mostly to raise awareness to the entire concept of being transgender, and that people should pay more attention to how they address people. Maybe don’t say “Hey sir!” or “Hey miss!” to people you don’t know to get their attentions. It’s small steps towards making a change. Usually I don’t call anyone she/him without knowing for sure their preferred pronouns. My go-to pronoun is “they/them”, which at first will sound a little weird to you, but it’s a gender neutral pronoun. Unfortunately, this article doesn’t really have a “conclusion”, because this issue won’t have a conclusion until the idea of being trans* is widely accepted.