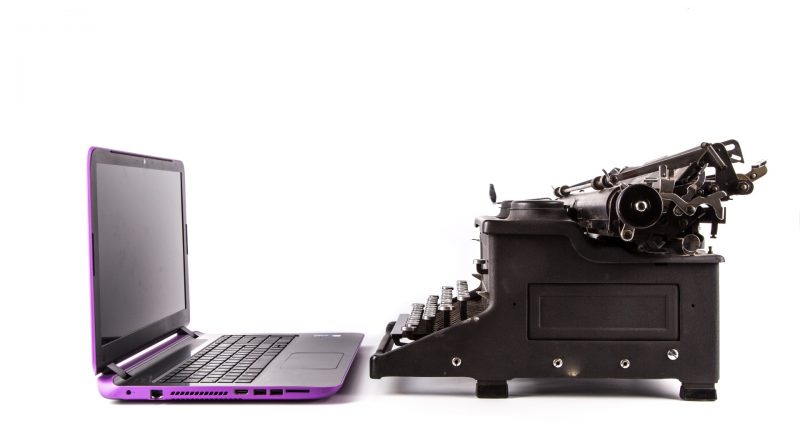 The development of technology over centuries has made information easily accessible to everyone. The concept of the typewriter was first thought in the early 18th century and envisioned a way of recording information without the use of a printing press.

In 1714 the ‘Machine for Transcribing Letters’ later known as a typewriter was patented by Henry Mill. The machine seeked to make writing as clean as possible in order to keep records of texts. Although there is no evidence of any machine having been made by that year, another inventor, William Burt, took over the project and built the first Typographer in 1830. The governor surveyor had decided to build a machine to help in working faster, however that purpose was not fulfilled.

Multiple inventors tried to create a similar machine, but it was only in 1874 that Christopher Latham Sholes and Carlos Glidden achieved in creating the first commercial typewriter. Sholes also was the one to invent the QWERTY keyboard that is currently used.

The typewriter had become popular by the beginning of the 20th century, but it being a loud machine, many companies tried to adapt the technology to create a noiseless product. The Electromatic Typewriter was the first to effectively reduce noise, and it was bought by IBM in 1933. IBM then outed the IBM Model 01 in 1935 which had light keys and was electrically powered.

Later were created new models that introduced early versions of emails, and correction tape, which allowed for correcting mistakes without having to manually apply liquid corrector. Slowly typewriters started to be replaced by word processors, and later by computers.

The concept of the modern computer was created by Alan Turing in 1936. Turing proposed the creation of a “Universal Computing machine” which would be able to compute anything by following certain instructions. Following Alan Turings’ paper in 1936, he began to develop a digital computer with the National Physical Laboratory in 1945.

In the mid 1980s, portable computers started to gain popularity, and they are now with computers the main search engine for younger generations. Technology has brought us a long way, and we are now even able to attend classes and learn remotely.