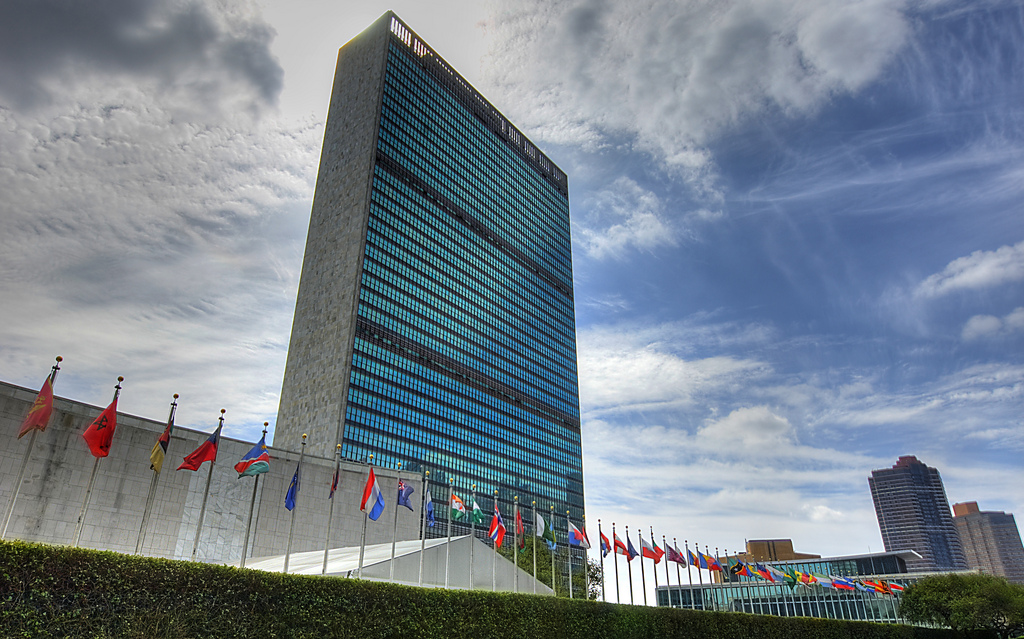 The 70th anniversary of the United Nations will be on October 24th, 2015 (UNAI). After the League of Nation’s failure of preventing another world war, the United Nations was created to promote international peace and prevent another multinational military conflict through diplomacy. Despite its efforts, their bureaucratic procedures have come under heavy scrutiny and have lead to incompetence. The Security Council has been condemned for their permanent members abusing its right of veto. This has resulted in growing pessimism among member-states, where western countries view the organization as inefficient and developing countries assert that it’s undemocratic and dominated by the wealthy (The Guardian).

The UN has become increasingly reliant on donations to fund all of their agencies. Its regular budget is $5.4 billion, while its total spending is at least $40 billion (The Guardian). Peacekeeping operations alone, which are mostly conducted in Africa, cost $9 billion (The Guardian). This has resulted in agencies cutting down resources for people in need of humanitarian relief.

Some agencies, particularly healthcare facilities, have had to close down due to a lack of funding. For instance, the World Health Organization had to close 184 healthcare clinics in 10 of Iraq’s 18 districts due to multi-million dollar shortages in voluntary contributions (The Guardian). This has lead to 3 million people no longer having access to healthcare (The Guardian). Dr. Michelle Gayer, Director for Emergency risk management at the WHO, has been vocal on this issue: “Most people who work outside the humanitarian sector, they would fall over backwards if they knew how we do our business, having to ask each and every year for funding” (The Guardian).

The World Food Program has also cut resources to Syrian refugees due to a lack of funding. Dina El-Kassaby, a spokeswoman for the WFP, has called the agency’s funding a “hand-to-mouth system”: “The minute money comes in it goes out. We have been operating with a funding deficit since the beginning of [2015] and right now we are short of $149 million to help Syrians just through September and October” (The Guardian). El-Kassaby has also expressed concern over Syrian men who have families depending on food rations. Since there is a shortage in food, men have an incentive to join ISIS in order to feed their families.

UN General-Secretary Ban Ki-Moon has admitted that the Security Council is failing to stabilize the current crisis in Syria. He has urged permanent members Russia and China to “look beyond national interest” and stop exercising their veto power, which has prohibited the UN from further involvement in the crisis (The Guardian).

Ban Ki-Moon has also urged member-states to stop protecting peacekeepers who commit sexual assault. He has called it “a number one priority” of the UN, yet officials continuously fail to resolve the issue because some countries are threatening to withdraw their peacekeepers if they are publicly named and shamed (The Guardian). Ban Ki-Moon had this to say about prosecuting perpetrators: “[The UN] cannot put them in the justice and accountability process. It is the member states” (The Guardian).

With some agencies operating one sizable donation away from bankruptcy and the Security Council failing to prove its effectiveness in resolving internal and global affairs, the UN has momentous challenges for the 21st century.