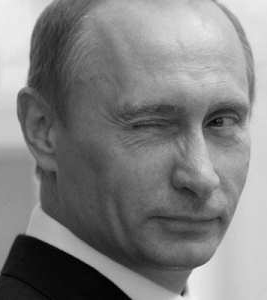 Last week, Russia, in coalition with China, performed its biggest military exercise since the Cold War. The leaders of western countries have watched its passing with great tension. Here are a few things you need to know about Vostok 2018 and what it means.
What are the Vostok 2018 war games? Every year, Russia organises a military exercise to summarize that year’s military training. They rotate bases every year, and this past week it took place in the Eastern camp, Vostok. It included three hundred thousand troops, over one thousand military aircrafts, as well as two naval fleets: no expenses were spared to ensure a successful exercise.
The goal of this intensive military training is to ensure Russia’s readiness if faced with a large-scale conflict. This year, jumping from parachutes, cruise missile target practice, and anti-terrorist operations were amongst the extensive drills.
Why is it making so much noise? Russia has seen an increase in its military spending. Although training exercises have occurred many times before, Vostok is particularly worrisome not only because of its size, but because of China’s involvement. This is the first-time China has participated in such an exercise, and its ties with Russia are raising many worried brows. The reason for their new-found partnership is in part a consequence of the pressure from Western civilization, mainly NATO, forcing upon them. Although their situations are different, they have found a commonality and exploited it. Their newfound partnership is a bad sign for the United States, as it demonstrates Beijing’s growing relationship with Moscow, and its worsening one with Washington.
As former Russian army colonel Dmitri Trenin stated, Russia and China are purposely showing a display of unity as means to intimidate certain countries.
Another reason Vostok has so many worried is the nature of this year’s exercise. Usually, the troops are fighting imaginary opponents to test their skills, but this year saw a modification. The Defense Ministry decided to divide the troops in two and have them fight each other.
Finally, the time at which these war games took place is slightly too coincidental for some: NATO was conducting its own military drills in Ukraine as the Vostok drills were taking place. Tensions between Russia and Ukraine haven’t seen a decline since the annexation of the Crimean Peninsula by the Russians in 2014. As mentioned, the timing is eerie.