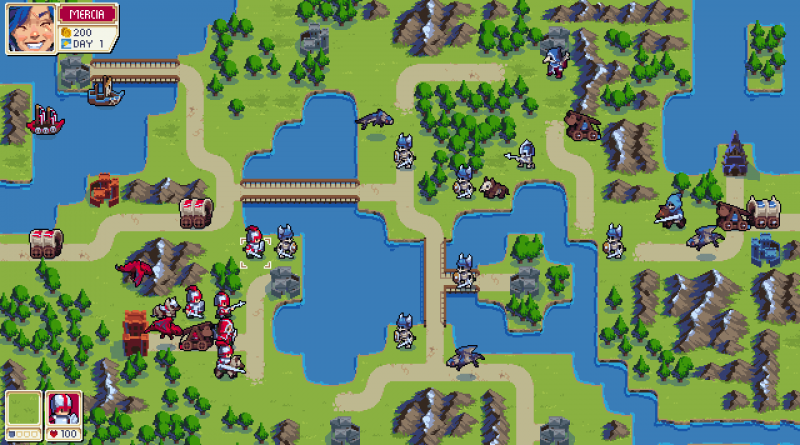 At the very beginning of February, Wargroove came out on PS4, Xbox One, Steam, and Nintendo Switch. It is not often that a game catches my attention so much that I buy it only minutes after finding out it exists, but this is one of those games.

I bought Wargroove on my Switch because its visuals reminded me of older Fire Emblem titles, while the gameplay looked a lot like the sadly forgotten Advance Wars series. I have never played an Advance Wars game, but I am a huge fan of Fire Emblem and I know the series by its reputation and influence in other games I love.

Developed and published by the broadly successful indie game studio Chucklefish (with titles like Starbound and Stardew Valley under their belt), Wargroove is both a love letter to the Advance Wars series and an incredibly engaging strategy game on its own. You control different commanders from four warring factions in a rich fantasy world, taking turns to manipulate your various types of soldiers around the battlefield to defeat the opposing army. From basic units like archers and spearmen, to more unique units like battlepups and golems, to more fantastical ones like witches and dragons, your forces have variety to spare.

As if that wasn’t enough, the game can be played either competitively or cooperatively with up to four players, locally or online. You can also make your own maps, and entire campaigns and share them with anyone that’s up to the challenge. If you’re a fan of turn-based strategy, this game is highly recommended.