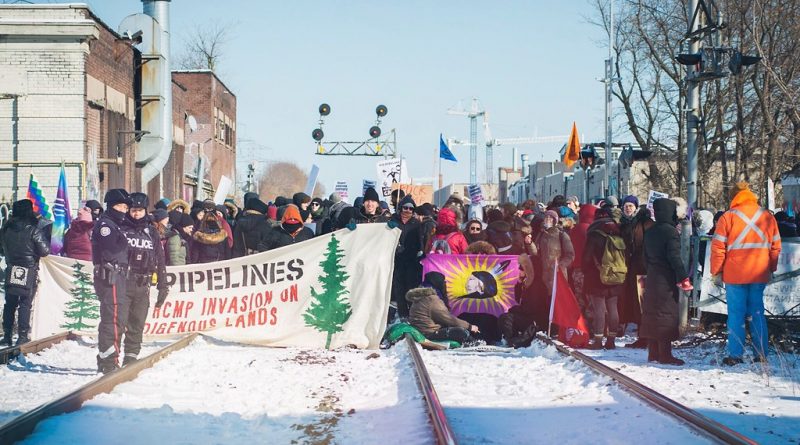 On Wednesday, February 26th at 8:00 a.m., a group of students and teachers from John Abbott banded together in order to protest the pipeline that is being built across Wet’Suwet’En territory in Toronto. The group stationed themselves outside the Hochelaga and Anne-Marie Edward entrances, where the cold was especially biting. However, these peaceful protesters bore through the cold and continued to wave their banners and recite their speeches.

The protesters first went down a list of demands they wanted to present to government officials. This list included demands such as “removing the RCMP from the Wet’Suwet’En territory so that negotiations between the Canadian nation and the Wet’Suwet’En nation could finally start” and “waiting for the consent of a settlement that is acceptable to the Wet’Suwet’En who hold the land title”. This list, along with another list of things that they are grateful for, was chanted by the protesters through a microphone. The list included many things that citizens, other first nations groups, and even some companies had done in support of their cause.

Apart from the script, many students and teachers spoke more from the heart in order to show their overwhelming support of the pipeline protests. This small group of people was not just relegated to indigenous peoples either; many of the students and some of the teachers were of different ethnic backgrounds, showing the amount of support for this cause from all different types of people. The protests in Toronto are still happening, however, these protesters mentioned that they will continue to support the Wet’Suwet’En cause in any other ways that they can.