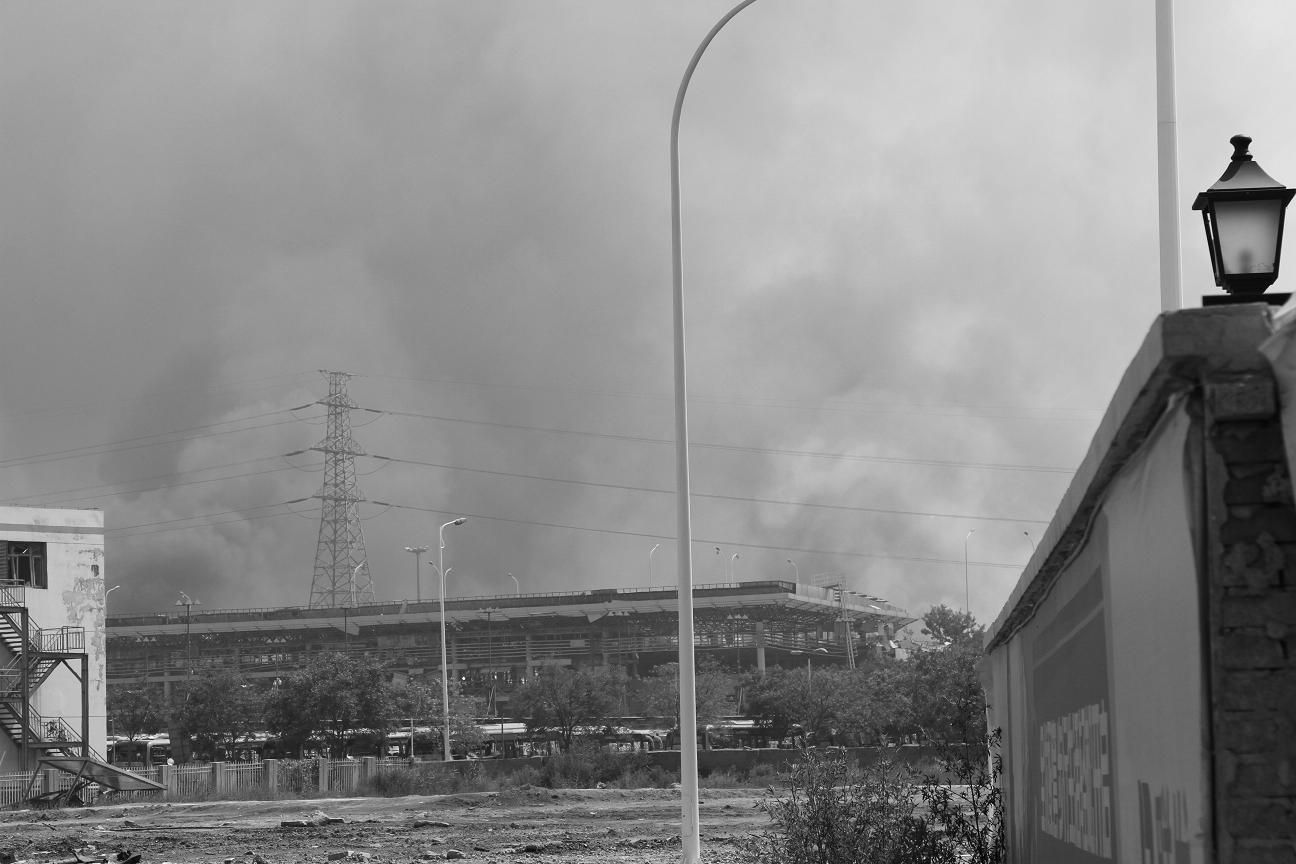 Tianjin, a city in China and one of the most occupied ports in the world, suffered an explosion that could be seen from space (BBC). Two explosions occurred, the first one sending a shockwave within a 1.5 mile radius and the second blast being the equivalent of 21 tonnes of TNT (BBC). At least 56 people were killed and more than 720 people injured (BBC). More than 6,000 people have had to leave their homes due to the explosion and have been placed in schools temporarily for shelter (BBC).

Ruihai Logistics, a company which manages dangerous goods, is responsible for the blast. Some of the dangerous goods managed by their warehouses can become highly explosive when mixed with water. According to The People’s Daily, the official paper of the Chinese Communist Party, the warehouse should have been at least 1 kilometre away from main roads and public buildings. The explosion obliterated several dozen brand new vehicles, which were right outside the warehouse. The manager of the warehouse was arrested following the explosion.

Officials of Tianjin were initially unsure as to what chemicals caused the blast. There have been worries from the people of Tianjin as to how the explosion will threaten the environment. Emergency workers have been trying to remove 700 tonnes of sodium cyanide from the site (BBC). Zhou Tian, fire department chief for the city of Tianjin, stated that “Many types of different materials with different characteristics are mixed together and could at any time result in a chemical reaction or explosion” (BBC). A small explosion occurred about three days later. Many citizens remain skeptical of this simply being an accident.