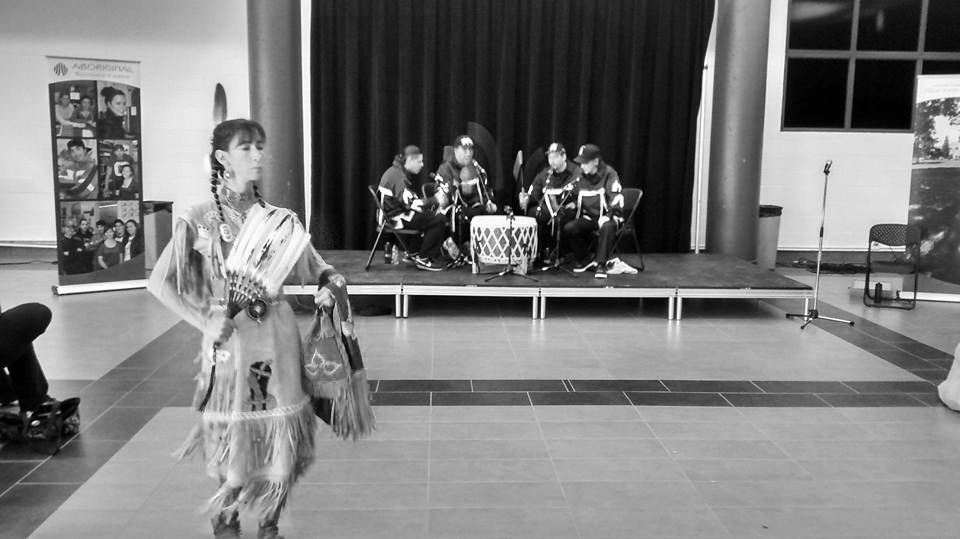 A very special event, presented by JAC’s Aboriginal Student Resource Centre, was held in the Agora on Tuesday, October 27th. Aboriginal Awareness Day featured great music, traditional dancing, Inuit games, delicious Aboriginal food and Mohawk beading. There were also various display booths depicting the Aboriginal way of life and their many interesting and varied cultures. Many people think that the Aboriginal peoples of Canada are one big family, a single homogenous group. In fact, nothing could be further from the truth. There are hundreds of distinct Aboriginal nations speaking different languages and practicing varying forms of cultures all across Canada.

The event itself was well attended, hosted by a famous Metis artist, Nadine St. Louis. Nadine gave an inspiring opening speech on Aboriginal art, including a brief summary of Aboriginal history and residential schooling in Canada.

Many within our college community know little about our Aboriginal peoples and this was just the event to bring them all together to educate them on the realities of Aboriginal life in 2015. All in all, everyone had a fantastic time and many non-Aboriginal students learned quite a bit by attending the event, in addition to having a lot of fun. The Buffalo Hat Singers and Mohawk dancer, Barbara Diabo, along with several of our very own students who performed Inuit throat-singing, kept the crowd entertained the during the daylong event.

It was a successful day overall and the Aboriginal Student Resource Centre would like to thank all those who participated and helped out with the event. Hopefully, we will continue to have such exciting Aboriginal based activities at JAC in the near future!