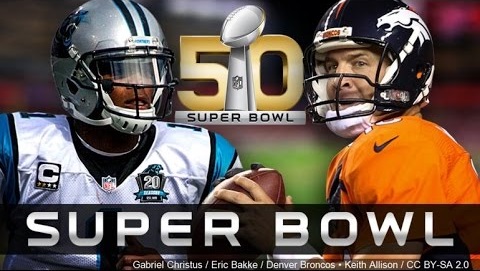 Peyton Manning led the Denver Broncos to a 24-10 win in Super Bowl 50. The win was Manning’s 200th in his career and became the new NFL record as he surpassed Brett Favre for the most all time wins.

The Broncos’ opening drive of the game proved Manning’s passion to win as they easily cut through the Panthers’ defense. Although they failed to score a touchdown, they took an early 3-0 lead, which was the first time the Panthers trailed in the postseason. Cam Newton and his Panthers stepped on the field ready to play but they were no match for the NFL’s best defence as they were forced to punt, following a three and out.

Denver’s offence was unproductive for much of the 1st half, but they still extended their lead when Von Miller forced a fumble. The play was returned for a touchdown, giving the Broncos the 10-0 lead.

With two big gains on the ground, Newton proved why he was named the MVP of the season as he rallied his team back, scoring a touchdown to cut Denver’s lead to 3. However, it wouldn’t last long as Jordan Norwood set a new Super Bowl record, with a 61 yard punt return. The Broncos’ offense took the field at Carolina’s 14 yard line but failed to convert for a touchdown as they were forced to settle for a field goal.

Newton fumbled the ball on his next possession, but he was ruled down, and the Panthers’ offence stayed on the field only to fumble it again on the next play. Danny Trevathan recovered the fumble, sending Manning back out onto the field. However, it was short lived as Kony Ealy made a heroic one hand interception.

Back-to-back three and outs gave Newton the ball back with 1:55 left in the first half, but once again, the Panthers failed to generate offence and the clock was run out after a sack by Demarcus Ware, ending the first half.

The Panthers came out ready for the second half but Graham Gano’s missed 44 yard field goal kept them behind. Had Gano made the field goal, the Panthers would have only been down by 3 points. Denver added insult to injury when they scored a field goal on their next possession to further extend their lead 16-7.

Carolina did manage to score a field goal and after forcing Denver to punt, got the football back with 9 minutes left, only down by 6. They failed to move the ball but still retained possession with 5 minutes left, only trailing 16-10. On 3rd down, Von Miller forced his 2nd fumble of the game and put his offence back on the field on the 4 yard line. The Broncos inevitably found their way to the end zone and converted the 2-point convert to extend their lead to 14 with 3 minutes to play.

Newton could not move the chains at all and the Panthers found themselves in a 4th and 24 situation while backed up to their end zone. Panthers head coach Ron Rivera elected to punt the ball, leaving any hopes of victory in the hands of his defence. Despite his defence forcing the Broncos to punt, there were just 54 seconds left on the clock and Newton ran out of time.

Von Miller was named the MVP of Super Bowl 50 and the Broncos won their third championship in franchise history.