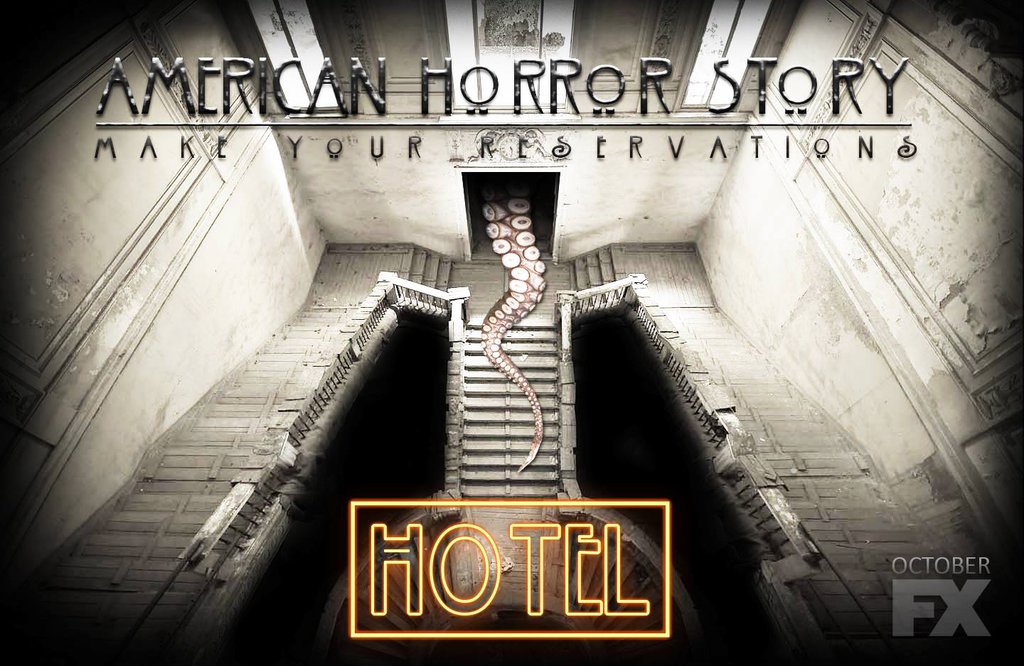 Check Into the Hotel Cortez This Fall

The highly anticipated fifth season of American Horror Story is coming to FX on October 7th this year. This season’s theme is centered around a hotel shrouded in mysterious deaths. From a haunted house, an asylum, a witches’ coven, and a freak-show, AHS never keeps the same plots or characters each season, making the show a different experience every time (which also allows new fans to join the club at any season of their choosing).

The creators of the peppy and school spirit filled Glee series (Ryan Murphy and Brad Falchuk) took a darker turn when they introduced their newest creation, American Horror Story. Jumping from past to present events in time, exploring all things scary, nothing is off limits in this miniseries.

Its first season premiered on October 5th 2011, bringing in a total of three million viewers on its premiere night only, while the most recent season managed to double that amount. With the horror genre being brought down by lackluster, big budget horror remakes or hand-held camera films (Paranormal Activity, anyone?), AHS came at the perfect time.

While most horror films contain super obvious plots and jump scares, nothing can be expected or anticipated with this show. Disturbing, sexy, clever, confusing, gory, and actually scary are just a few adjectives I’d use to describe AHS. I don’t want to give too much away, but to all horror fans, expect to be satisfied.

With the show’s leading lady Jessica Lange taking a break from fulfilling her starring role, Lady Gaga will be assuming the position this time around. Considering Gaga’s limited amount of movie and television appearances, fans of hers and the show are eager to see how she handles the pressure and if she can meet expectations, which is hard as hell in a show as praised and loved as AHS.

As a Gaga fan myself, I think she’ll have no trouble pulling off a role that allows her to get all evil and dark. She’s known for pushing the envelope with everything and anything that she’s done, and she also likes to include elements of the horror genre into her own work. Taking on the role as the hotel’s mysterious owner shouldn’t be too difficult for her. Other AHS alumni who will be joining Gaga this season include Sarah Paulson, Kathy Bates, Angela Bassett, Evan Peters, Denis O’Hare, Lily Rabe, and Emma Roberts.

The main inspiration for this season is the infamous Cecil Hotel in Los Angeles and its many suicides and murder cases, one of them being the case of 21-year-old Canadian student Elisa Lam, who was found dead inside one of the hotel’s main water tanks. A cryptic video can be found online of her behaving oddly in one of the hotel’s elevators, moments before she was never seen again.

So, go catch up on the past 4 seasons… if you dare.