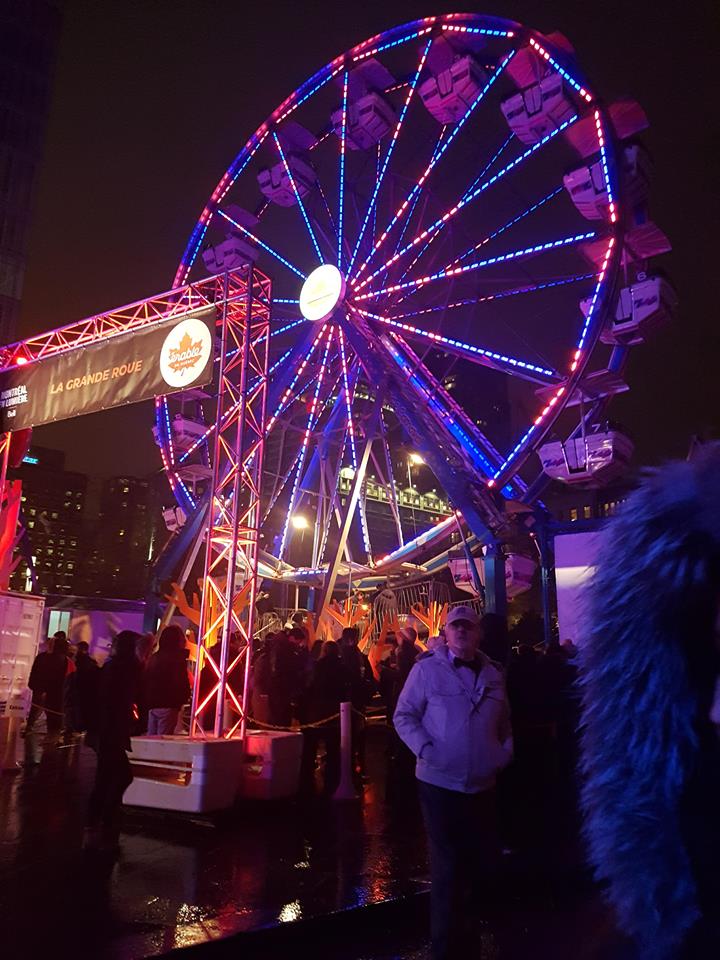 The City Comes to Life for La Nuit Blanche

Picture this: February is coming to a close – thankfully. The past month has been a rollercoaster of frigid winds and icy roads, and has given you every reason on this earth to call it a night in. The short days and uncanny amount of school work has got your motivation level way down and all you want to do is hide under a toasty blanket and hibernate for the rest of the season. But fear not! For there is one event so magical, so engaging, it will make you kick off your slippers and jump right into the bustling heart of the metropolis.

Only those of you who have attended the Nuit Blanche can truly understand the electric nature of its energy. Thousands of people roaming the streets of downtown Montreal, each individual searching for their own unique urban adventure. The lights on the ferris wheel at Quartier des Spectacles, igniting a spark in new and old eyes. Groups huddle together to stay warm around the fire pits. The rumble of the speakers on every corner, projecting music throughout the streets.

This event, which was held on March 3rd 2018, is a part of Montréal en Lumières, one of the world’s biggest winter festivals since its start in the year 2000. With over 200 cultural events to choose from and the metros running all night long, it’s our opportunity to show that a northern breeze and a little snow can’t stop us Montrealers from having a good time!

Deciding on which activities you and your friends would like to try can be a tedious task. Will you go marvel at the rocks and dinosaur bones on a flashlight tour at the Redpath museum? Or will you go listen to a late night bedtime story at the storytelling event at the McCord museum? What about a swing or Latin dance class in the metro? Or should you go explore the underground art exposition? With so many options, you wish this event spread itself over an entire weekend so that you can do it all! I mean, how often do you get to go to a post-midnight bowling match / movie / karaoke / dance off with your buds? Or play retro video games on cinema screens? It’s also not everyday that you get to zipline over a crowd of thousands of people. These are not things you want to pass up on!

One of my favourite activities from this year’s Nuit Blanche was held at the Outremont Theater. The institution hand picked 100 interesting, hilarious, touching, and artistic advertisements from around the world, and were playing them on loop until 3 o’clock in the morning. Oh, and did I mention that this, along with most other activities, was absolutely free?

The Nuit Blanche is guaranteed night of rush, of thrill, and of enchantment in the city that never sleeps. If you haven’t yet experienced it, what are you waiting for?