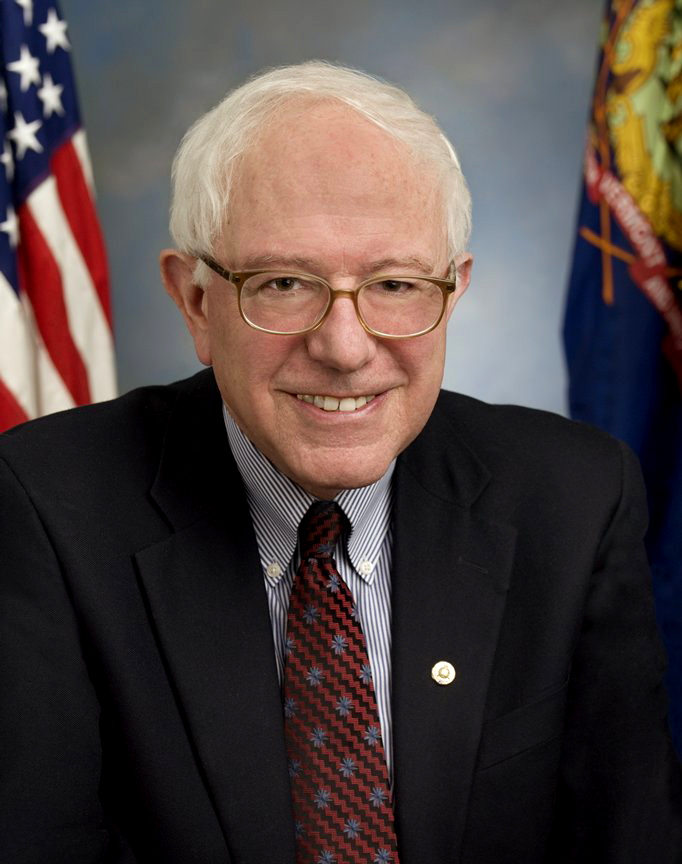 The current political, economic, and societal climate yearns for revolution. If there has ever been a time for the demand of radical change in western society in the twenty-first century, it is right now. People are tired of being cynical about their futures. For millennials, one of the greatest concerns is whether or not their education will lead them to stable, fulfilling employment. This concern is extended to the frightening possibility of being thirty years old and still living with Mom and Dad. Who will put an end to the current world order?

Who wouldn’t want a Madame President, unless they’re a misogynist thinking that it’s proper for women to remain in the home? There is a president-in-waiting who is prepared to lead the country once Barack Obama leaves office; however, beyond the undisputed future president there is another candidate who has been working vigorously for change. He appears to be weak and fragile, much due to his appearance: a rickety old man who would not even last three years in the White House.

He has endured the brunt of mockery before, so these words won’t bother him. He has often been seen as an outsider, so he won’t worry about favourability, let alone electability. He is what Noam Chomsky has called “The New Dealer” in American Politics: Bernie Sanders.

A social justice warrior unmoved by bribery, it is Sanders who will wield the Mighty Sword of Justice in the name of righteousness. He would be fighting a foe who has been centuries in the making. They are the oligarchs who are responsible for the economic inequality in the global world. They’re greedy, heartless, conniving; they’ve been responsible for borderline slavery in the developing world, have radically raised prices for lifesaving medical treatment, have, for the sake of corporate profits, been the primary reason for environmental degradation, and some, probably, are good people. Their continuous activity, however, has bogged everyone down into a dog-eat-dog-world mentality.

Bernie Sanders is admired, not only for his sense of ethics and integrity, but for his genuine struggle advocating for an inclusive, peaceful society. Is he not the fifty year reflection of most millennials who hold a political cause close to their heart, who has laboriously fought for what is right despite the odds being against him? There is no time for favourability when activism compels one to fight for justice.

There is no doubt that the crusader for a new world order must step forth and guide the people. Would Hillary Clinton be a better candidate for such a role? She must understand that we are in the midst of a revolution that will need someone to fight for what is right in this world. The question is not whether or not the battle will be won in four to eight years, but rather if the fight will be waged at all. Sanders, being as old as he is, not only has the conviction of a crusader who will, figuratively, lop off the heads of the oligarchs and distribute their wealth among the Proletariat, but will die trying to achieve that objective.