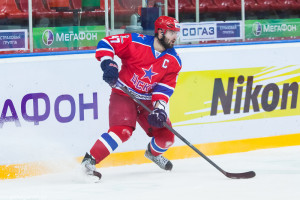 Bergevin got off to the wrong start moving fan favourite PK Subban to the Nashville Predators for Shea Weber. Despite lack of support from the fans, this trade leaves the Canadiens in a better position than they were last year. PK Subban was the cancer of the Canadiens locker room whereas Shea Weber won last years Mark Messier Leadership award, for being the best leader in the league. Offensive output is irrelevant if teammates cannot see eye to eye. The Canadiens are also a better defensive team as Weber is undisputedly, a better defensive player than Subban.

Weber’s offensive touch does not match Subban’s, but he will make less defensive errors while still contributing offensively. Expect to see Weber playing alongside Nate Beaulieu in October, which will positively impact Beaulieu’s development. Bergevin also freed up some cap room in this trade making Alexander Radulov’s return to the NHL in the bleu-blanc-rouge!

Alexander Radulov was drafted 15th overall in the 2004 NHL entry draft by the Nashville Predators. In his youth, Radulov had countless problems before he left for the KHL. He returned to the NHL for the 2012 playoffs, but was scratched after missing curfew. His time with the Predators came to an end and he returned to the KHL. Since that time, Radulov has been in the top 5 in KHL scoring (Except for 2013/14, when he only dressed for 34 games). Although only time will tell if he’s matured, reports state that since the birth of his son, he is a much more reliable player off and on the ice. He was the most skilled player available in free agency and Bergevin has signed him on a 1 year, no risk contract. Expect to see Radulov hit 50 points this season!

The Canadiens also brought in Andrew Shaw from the Chicago Blackhawks for a pair of draft picks. Shaw is a heart and soul player, leaving everything out on the ice every game. Canadiens fans will love his passion as Bergevin essentially acquired another Brendan Gallagher. Shaw has Stanley Cup experience, winning 2 Cups with the Blackhawks in 2013 and 2015. At 25 years of age, Shaw has a lot of hockey left in him, and Canadiens fans should be excited about it!

Finally, Carey Price has been 100% cleared to return to the ice and will once again be the most important part of the Montreal Canadiens! After playing as good as humanly possible since the Sochi Olympics, Price suited up for only 12 games last year. Without Price the system collapsed and Canadiens fans turned off their TVs. With a healthy Carey Price, Shea Weber, Alex Radulov and Andrew Shaw, the Canadiens are once again a Cup contending team… Until Therrien puts Desharnais on the first line.