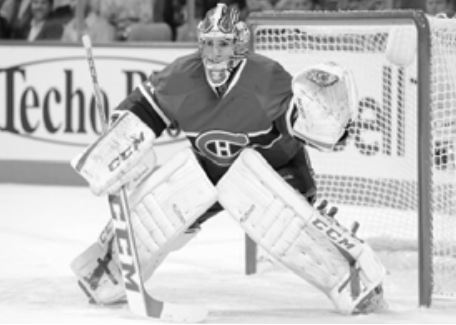 For many years, Montreal Canadiens goaltender Carey Price struggled to prove his worthiness. Fans and media alike were constantly on his case wondering if he truly possessed the potential to be a superstar. The anticipation certainly made sense. In fact, Habs fans have not had the pleasure to witness a top netminder for quite a while. This long drought, along with many other unfortunate factors, has led to almost two decades of average hockey. To truly find the last time the Canadiens had a great talent in goal, you have to go back to 1993.

During this period, Patrick Roy led Montreal to their most recent Stanley Cup win. Many journalists and hockey analysts followed the team’s run. For the most part, they felt that Roy was one of the main reasons why the Canadiens were so good back then.

It is interesting to note this, since many believe that a similar situation is happening now with Carey Price finally emerging as a top goalie. Many agree that since the arrival of new general manager Marc Bergevin, the Habs have looked much better than they really are. Obviously, the team has a solid identity and is quite good at following a system, but the goaltending stats are quite impressive nonetheless.

Just last season, Price’s save percentage was .927. This put him in 3rd place behind only two starting goaltenders, one of which was his Boston Bruins rival Tuuka Rask. Come playoff time though, Price outshined him and gave his team a chance to win every game. In the meantime, Bruins fans questioned the readiness of their own net minder. He let in many questionable goals while facing a much lower number of shots. The fact that Price outclassed the top goaltender of that season truly says a lot about his great maturity and technique. During this recent season, it is pretty much the same story. With a save percentage of .931 and a very low goals against average of 2.04, Price is carrying his team to the top. The habs now sit 3rd place in the Eastern conference. Thanks to his calm demeanor and excellent positioning, he looks almost unstoppable in nets.

The positive aspect of this is that it can truly give the players that extra energy boost. They then always know and expect that their netminder will do his job. This often leads to more accountability toward mistakes and forces players to perform to their strengths.

A big part of the reason Carey Price has emerged so quickly is due to his goaltending coach, Stephane Waite. He is definitely one of Marc Bergevin’s boldest hirings. The dramatic shift in Price’s play since his arrival is very noticeable. He now rarely seems rattled by anything and looks to be at peace with the hectic hockey market that is Montreal. In the end, this proves that the talent was always there, it was just about combining it with a positive mentality.