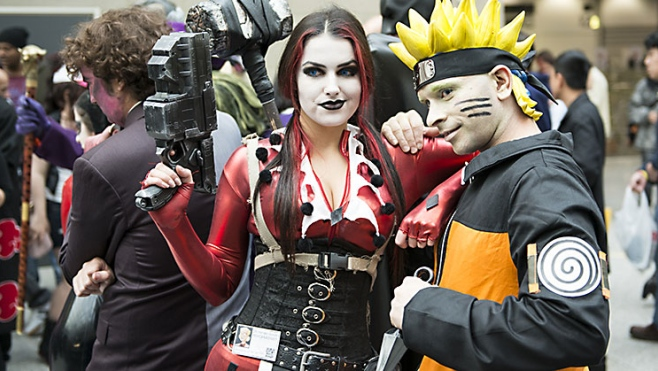 Reminiscing about Montreal Comiccon 2015 always brings tears to my eyes. It was a magnificent weekend, which made thousands of nerds happy beyond belief.

This year, the convention ran from July 3rd to the 5th, and had many guests of honour that would make any fangirl squeal. The major guests this year included Billie Piper, Karen Gillan, John Barrowman (known for their work on the long-running show Doctor Who) and Ron Perlman from Hellboy.

Everyone has a different experience at Comiccon. This year, my goal was to meet many of the actors who have had a major impact on my life due to the television shows they were in. But of all the people I wanted to meet and panels I wanted to attend, anything Doctor Who related was at the top of my list.

Doctor Who is a British sci-fi show that follows the Doctor, a Time Lord, as he goes on adventures through time and space with his companions. Though there were no Doctors present at the convention this year, it was crawling with companions. In fact, there were so many of them that one of the special events this year was “An Evening with Doctor Who Companions (Who needs the Doctor?)”. The evening was full of Daleks, laughs and stories from each of the companions. Each of these actors also had their own Q&A panels, which were equally as hilarious and exciting.

One of the most incredible things about Comiccon is being able to go up to your favourite celebrities and speak to them, and have a short but meaningful conversation. But the greatest part about this is that as fans, it gives us the opportunity to recognize that these celebrities are just people. From being hugged by Sean Gunn after our chat, to speaking to Billie Piper about my summer job (which is pretty embarrassing looking back at it now), being able to speak to these stars was absolutely incredible.

Montreal Comiccon 2015 was an amazing weekend had by all. Being at the convention is a sensory overload, with something exciting happening everywhere you turn. Comiccon 2016 cannot come fast enough!