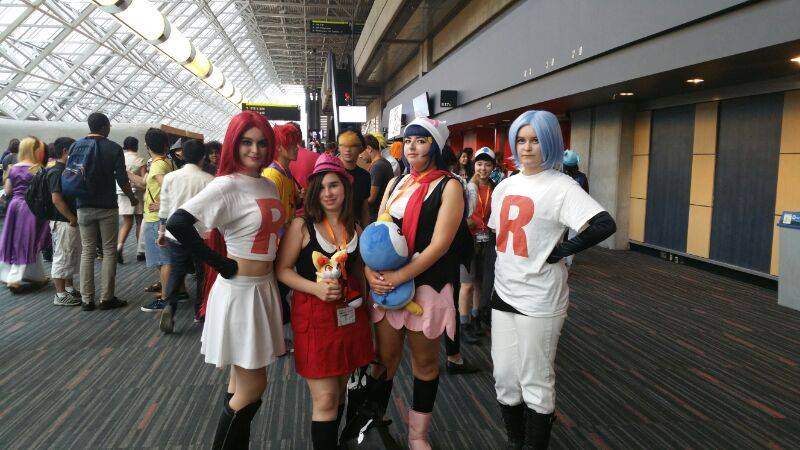 Is There an Age Limit on Dressing Up as a Fictional Character?

Earlier this August, I got the chance to attend the 10th annual Otakuthon convention at the Palais de Congrès in downtown Montreal. For those of you who aren’t familiar with Otakuthon, it’s a weekendlong convention in which nerds from all across the nation, and even the world, come together to celebrate their love for Japanese animation, literature, art, and gaming.

This convention was originally started by Concordia University’s own Anime club, who wanted to share their interest in Japanese culture with their student body through screenings of popular Anime shows. Video games, table top card games, Japanese foods, live musical guests, panels, and an enormous selection of shops featuring original art, apparel, and posters are just a few things you could be experiencing while attending the convention. This year’s instalment held over 20,000 attendees.

A staple at Otakuthon and almost all Anime conventions around the world is the cosplayers. What is cosplaying exactly? Well it’s literally the combination of the words ‘costume’ and ‘play’. Cosplay involves emulating a certain fictional character through the use of costumes and accessories that help create a specific look that this character typically sports. Many of the best cosplayers at the convention can be seen on the main floor of the convention centre, where photographers and fans come to take pictures of the cosplayers’ work. While attending the convention, I noticed how many of its cosplayers varied in age. From young children with their parents, to elderly couples, putting on a costume was not limited to a certain age group. This got me thinking of a popular holiday in which children get the opportunity to dress up in costume in exchange for candy: Halloween.

What differentiates Halloween from cosplaying is that for one there’s (usually) no free candy involved, and at a certain point in someone’s life, they’re told that they’re too old to dress up for Halloween. This realization hit me hard in high school. Halloween was my favourite holiday because I, for one, loved to dress up, and to get candy for this was heaven. It was something to look forward to every fall, until I got to high school and noticed that people stopped dressing up for Halloween. No one even wanted to go trick or treating, which I still long to do in my newfound 20s. Instead, candy was traded in for alcohol, and costumes for cat ears. I myself mourn the loss of trick or treating by buying discount bags of candy and watching classic horror movies.

This is why being at Otakuthon was so surreal for me. Being a fan of Japanese animation, while being surrounded by people who shared this interest to the point where they wanted to recreate beloved characters from its wide history was the most unexpectedly heartwarming feeling I got out of the convention. The many talented cosplayers whom I got to witness and meet also reminded me that you’re never too old to put on a costume. Despite buzzkill social norms, people of all ages continue to proudly wear their costumes in celebration of their favourite shows, books, and video games. To those people, I say a big thank you.