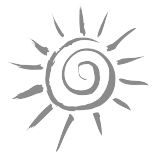 Why Do We Still Have It?

The person to blame is New Zealander George Vernon Hudson. Indeed, he was the man responsible for proposing the modern idea of advancing the clock an hour in the spring in order to gain daylight hours in 1895 (Dictionary of New Zealand Biography, 2007). Though Germany and AustriaHungary were the first to implement it in April 1916, it has now become widespread because of its many advantages.

Among these, we find the promotion of outdoor activities in the evening, saving energy and economic advantages linked to longer daylight hours. The advanced time encourages shopping and evening activities that are linked to favourable increases in revenue. Furthermore, a 0.7% reduction was identified in traffic fatalities (US DOT, 1975).

On the flip side of the coin, many problems were observed, such as the general confusion that leads to disturbance of schedule. It is also a nuisance for parents with young children as well as for farmers, all of whom rely on the natural rotation of the earth (Spring Forward: The Annual Madness of Daylight Saving Time, 2005).

As it has been demonstrated, daylight saving time has been put by many on a pedestal that others will gladly kick down.

Though the rough mornings and early nights are not always a blessing to all, it seems that while the ones who debate about it do just that, the rest of the world will wake up at 6:00 that they will now call 7