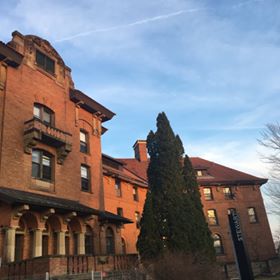 I used to look for a way to avoid attending the extra year of school (or possibly more) that those outside of Québec were not required to take. I thought I had found an option that would let me skip the ‘unnecessary’ two years and land me directly into university. I had a plan: I was going to study at a university abroad for a year and afterwards, continue the path towards graduating. Gradually, as application deadlines inched near, I was not feeling as excited as the first time I had come to make my decision, and I took a step back. Was I ready to completely fast-forward from being a high schooler to an adult, on my own for the first time in a foreign country? Sure, it’s an experience I wanted to enjoy at some point, but did I want to give up my adolescence right away? I needed to be sure of the unique features surrounding the CEGEP experience before I chose to stray from the path the rest of my fellow graduates wanted to follow. With a greater knowledge of life as a college student, I began to understand why it’s such a desirable choice.

CEGEP is one of the greatest opportunities for young adults in Québec to learn from and enjoy, especially given that it’s an environment that promotes responsibility and community. A CEGEP campus is much more expanded than that of a high school but not too overwhelming for the new student.
CEGEP is a new chapter for most; a new beginning. With such a large space, there is greater diversity among students and a chance for new faces to become close friends. Being in multiple classes that challenge my creativity, as well as clubs and committees that coincide with my interests, I’ve gotten to know a wide range of people I’m looking forward to becoming closer with and whom I would’ve never met otherwise.

CEGEP is also a place for me to take some time in finding out where my ultimate passions lie and how they can lead me to a career that I’ll be excited for. Students have such a flexible choice of classes throughout semesters that not only allow them to participate in course subjects that they’ve always loved, but that can also allow them to involve themselves in multidisciplinary studies. In my case, I’m in the Arts, Literature and Communications program here at John Abbott, in the general multidisciplinary profile. This essentially means that I’m able to stick to one general area of study while also dipping my feet in other courses that I haven’t tried anywhere else.
Of course, university is only so far away, and with so many options, one might try to take the most direct road there, as soon as they possibly can. I realized for myself what I would be missing if I chose to avoid going to CEGEP: an experience I don’t think I could take back later in life and that will help me learn more about myself. I can still choose to study abroad after college, but for now, as a still-not-so-mature seventeen year old, John Abbott is helping me shed my skin and evolve into a dynamic individual…and I’m having a blast while doing it!