Exhibition at the Montreal Museum of Fine Arts

Fabulous Fabergé was held at the Montreal Museum of Fine Arts from June 14th to October 5th. This was an exhibition of the wonderful jeweled Easter eggs and other pieces of jewellery, silverware, and decorative art made by the House of Fabergé for the Tsars of Russia. The jewellery firm was founded in 1842 by Gustav Fabergé. Later, his son Peter Carl Fabergé started making imperial eggs and jewellery for the Tsars. In the beginning, the products for the Tsars were simple but beautiful. Fabergé became a favourite of Tsar Alexander III and then of his son Nicholas II.

Many of the Fabergé Easter eggs were gifts from Nicholas II to his wife. The Tsars also purchased many other works such as porcelain, massive silverware, and jewellery. It is estimated that out of the 50 eggs made for the Tsars, 45 have survived into modern times. Some of the eggs are in private collections. Some have remained in Russian museums, and others have ended up in museums in the United States and in other countries.
The Easter eggs are made of valuable gems, gold, enamel glass, and velvet. Each egg is different and unique. There were also animals made from stone and gems given to family members. Many people in the rest of Europe bought from Fabergé as well, since for the times, he was considered the best of the best.
What I loved about the exhibition was seeing the wonderful items and goods that were used by the Tsar and his family. All the Tsar’s daughters were given tiny egg pendants at Easter. These pendants were by far my favourite pieces of the whole show. It must have taken a huge amount of time to make these pieces with all their detail. Just like the full-sized Easter eggs, the miniature pendants were made of precious stones and gems. Some even were coated with enamel and studded with diamonds. 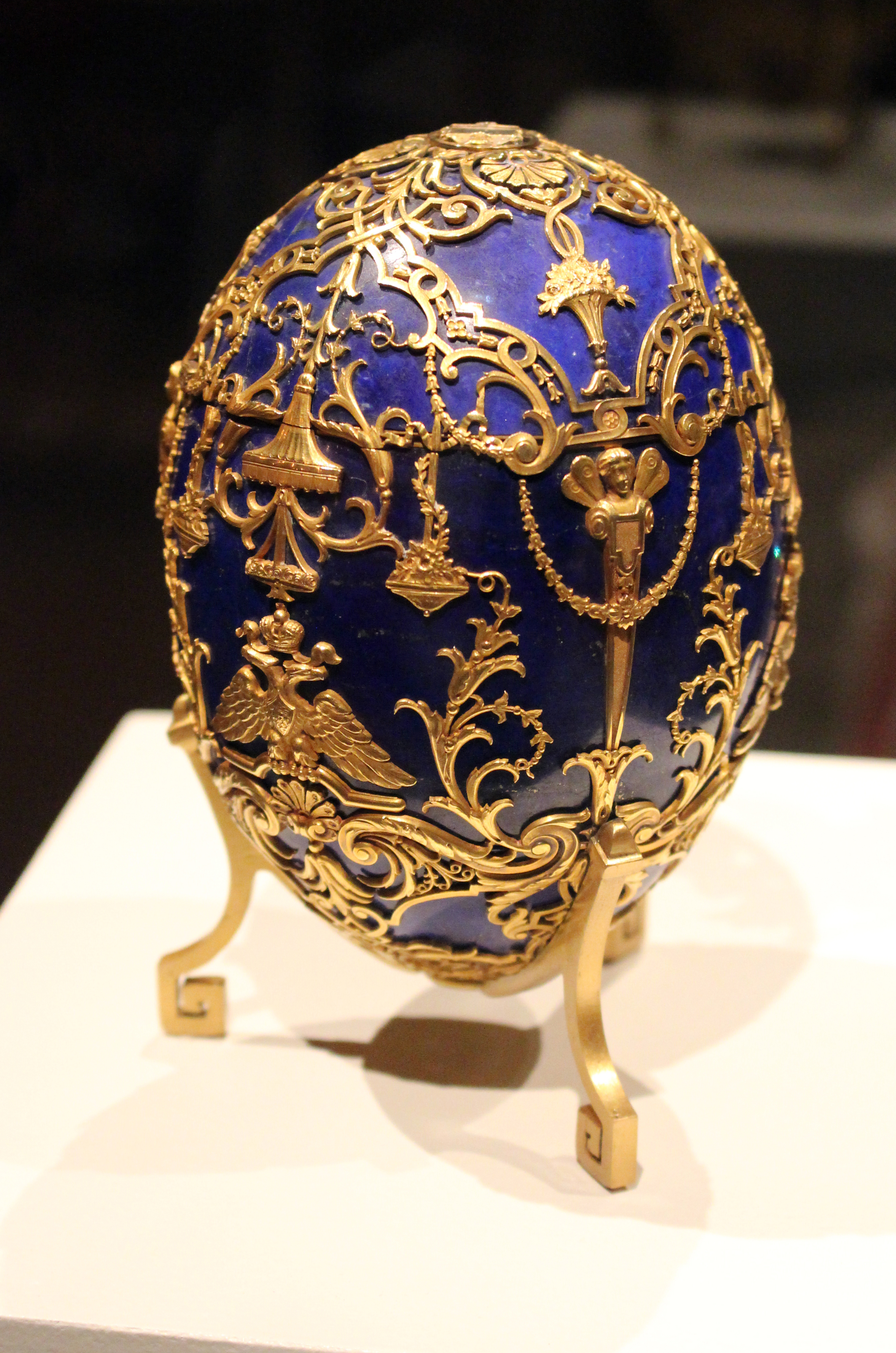 The Easter eggs at the centre of the show were even more impressive. In my opinion, one egg in particular stands out from the rest. The egg is made of lapis lazuli with gold decorations around the outside. The top of the egg opens and inside is a pwortrait of their son Alexi inside a diamond frame. Nicholas II gave this egg to his wife Alexandra at Easter 1912.

The exhibition was a wonderful experience for anyone who has a fascination with history and the decorative arts. The House of Fabergé may be long gone, but its works will always be with us.