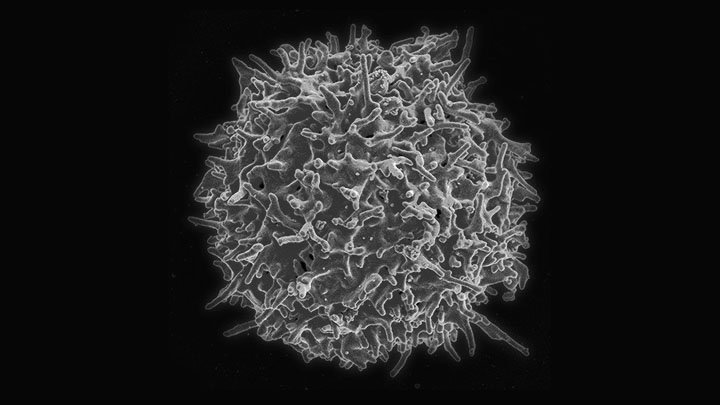 Leukemia is one of the most common forms of cancer in young children. Acute lymphoblastic leukemia (ALL) is a particular form of cancer where immature white blood cells, known as lymphoblasts, accumulate in the victim’s body and don’t fight infections as well as normal lymphocytes. These invasive cells also leave little place for red blood cells, which are in charge of the transport of oxygen, and platelets, which are responsible for blood coagulation, thus worsening the patient’s condition.

Layla Richards was diagnosed by a particularly devastative form of this disease when she was three months old. Unfortunately, her body did not respond well to conventional treatments; after undergoing multiple chemotherapy sessions and a bone marrow transplant, her doctors recommended that she be put into palliative care. However, her parents were not willing to abandon their daughter so quickly.

Doctors at the Great Ormond Street Hospital, where she was being treated, suggested a last-resort treatment involving gene editing. Current human trials on the matter involve taking a patient’s T-cells (a form of lymphocyte) and adding a receptor that detects CD19, a protein found on cells that cause ALL. This means that the T-cells in question target very specifically the cancerous cells. However, there were too few of Layla’s T-cells (and the remaining few weakened by the previous treatments) to even hope saving her with this technique.

Luckily for Layla and her family, there was experimental research being conducted in order to use a similar technique with donor T-cells. However, this treatment involves greater risk than the aforementioned one. Indeed, the foreign T-cells would normally identify all of the recipient’s cells as foreign bodies and attack them. In this case study, the genes allowing the recognition of other cells as foreign were disabled by TALEN proteins, “molecular scissors” that cuts out specific DNA sequences.

Another difficulty encountered when dealing with the donor T-cells is the recipient’s destructive immune response. Though those affected with leukemia have weakened immune systems, one of the drugs administered to the patients destroys T-cells. Therefore, another gene in the donor cells was disabled, rendering them invisible to the drugs.

Those are essentially the reasons why Layla was able to intravenously receive a 1mL dose of genetically edited donor cells. One bone marrow transfusion later and after some time at the hospital, she was finally well enough to go home.

Not only is her story deemed miraculous due to her initially poor chances of survival, this case was also a huge step in terms of the development of treatments for ALL, and perhaps other forms of cancer, as this technique had only ever been used on mice. Its overall success, despite the multiple risks taken, is therefore well-applauded by the scientific community.

Layla will continue to be monitored seeing as no large-scale clinical trials have taken place yet to support the effectiveness of the genetically edited T-cells. However, they are forthcoming; Cellectis, the company providing the TALEN proteins, expects full clinical trials to start in 2016.