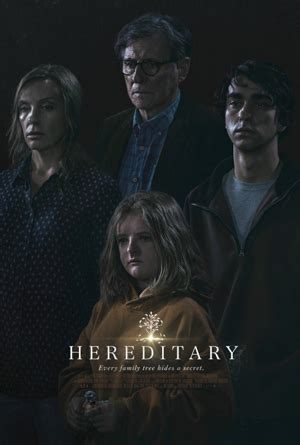 Bringing Life to a Dead Genre

One of my favorite outings during the summer is to go see movies. To my surprise, the best screening event I experienced this year came from a film genre that I feel has been stagnant for quite a while. Hereditary is one of the best horror films I’ve ever seen in at least five years. It is also one with a very simple premise. After the funeral of a diseased family member, the remaining household start to undergo some weird paranormal activity while also uncovering certain mysteries and secrets related to their ancestry. If you have seen a horror film in the last two decades, it is obvious that the premise of the movie is clichéd, but that does not take anything away from the film in question. To the contrary, Hereditary relies on its simple premise to flesh out its underlying tone and commentary.

While you can classify the film as horror, the frights stem less from spooky jump scares and loud noises. Rather, it comes from the uncomfortable tension and uneasiness that dwells in the household. At its core, Hereditary is a character study of a dysfunctional family with a lot of pent up traumatic experiences. None of these characters are happy people; they are all broken in their own little way, hiding secrets and regrets. Once the opening act ends, each scene onwards has these characters slowly picking at one another with each situation escalating. Scenes are played out at full centre of these family feuds and the audience is forced to watch these awful people verbally abuse one another.

The movie also packs quite a punch when it comes down to its themes. While it is a film about paranormal activity, the film focuses much more on certain issues that are still taboo among our culture, particularly on mental illness and family trauma. Mental illness is an overarching presence in the film, often hinted towards or directly stated, as it’s brought up in the family lineage. With a lot of departed members having been diagnosed with schizophrenia, clinical depression and dementia in the past, the film implies the idea that these illnesses are hereditarily passed down from generation to generation. This emphasizes the idea of mental illness, and its victims, to be analysed with more seriousness and concern. It argues against the common mentality of brushing these situations off instead of confronting them despite these cases getting potentially worse. Regarding the relation with trauma, in an interview with Vox, the director stated that he had wanted to create a film about the slow-biting nature of grief in a family and how that grief consumes itself overtime. The best way, in his eyes, was to build a bittersweet experience that expressed a very satisfying cathartic release of these nihilistic thoughts; something that a struggling viewer might also be able to relate with. In short, within horror, you can take themes (mental illness or trauma) that are of a difficult subject matter for a regular audience and make it viewable through a metaphorical lens (the supernatural) without losing the intended message.

It is nearly impossible to talk about this movie without mentioning the fantastic cinematography. Often prolonged and pandering, shots tend to overstay their welcome. It is especially eerie when a haunting or horrific image is the subject of frame. With a typical popcorn horror flick, the spooks are used after built up moments of fear. They give a quick scare to release the audience from the moment of tension beforehand. Hereditary does the contrary. The film often keeps its fear and unknown either as the focus of a shot or in a corner of a shot. These instances presented on screen govern scenes. Often lingering after a cut, it instills a high amount of anxiety that holds viewers by the tail, empowering some of the toughest moments of this movie.

I cannot praise Hereditary enough. One of its greatest features would be the sheer amount of passion in this project which is rare in a genre that has become so stale. If you’re into slow burns with satisfying payoffs, this movie is perfect for you. I hope that other studios take notes on the content delivered in this film. Amazing projects like Hereditary are few and far between in the horror genre. Perhaps it will be the film that brings forth more original and ambitious horror projects.