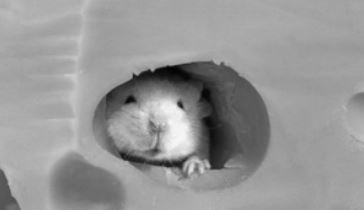 Your brain is undoubtedly the most complex, mysterious structure in your body. It has the ability to recall embarrassing cringeworthy events that occurred five years ago while it somehow forgets the formulas that you need to memorize for your upcoming calculus test. Even though neurologists from all over the world have been trying to understand its mechanisms all throughout history, there are still many questions that have yet to be answered when it comes to the functioning of the brain. Most of these questions concern memory.

However, a ground-breaking experiment that was recently conducted allows us to further understand the complexities of memory. For the first time, mice have been given new conscious memories during their slumber, which leads some experts in the field of neuroscience to believe that the memories of people who have undergone traumatic events can be altered.

A team of researchers at the Industrial Physics and Chemistry Higher Educational Institution in Paris, led by neurologist Karim Benchenane, successfully implanted false, but pleasant memories in sleeping mice. In the brain, the environment is mapped out by place cells that activate as the living being, in this case a mouse, walks around. A place cell is associated to a precise location in the environment. During their sleep, mice generally replay these sequences of place cell activities as their memory recalls their position throughout their waking hours. The scientists put two electrodes in their test subjects’ brains: one in the hippocampus, also known as the brain’s memory centre, which is involved in the mice’s ability to map locations, and another one in the brain’s reward centre.

While the mice were sleeping, the researchers at the CNRS stimulated these electrodes so that whenever a particular place cell lit up, a sensation of reward would be triggered in the second electrode.

Therefore, positive, pleasant feelings about the place that is associated with the targeted place cell were artificially introduced into the mice’s memory. In other words, even though the initial memory of that precise place was natural, a happy memory associated with that location emerged following the experiment. Benchenane described, “When they woke up the mouse, it went straight to that place as though it was waiting for a reward.”

The researchers believe that these revolutionary findings can allow the development of new technologies and treatments that will help people suffering from depression, posttraumatic stress disorder, and other trauma-related disorders. Benchenane suggested that their technique can also apply to humans. Instead of using electrodes, sophisticated MRI scans can identify when a person is constantly replaying an unpleasant memory. This experiment is also receiving praise from the various experts in the field including neuroscientist Steve Ramirez, who works at Massachusetts Institute of Technology. Ramirez, who did not take part in the study, stated, “In the future, it should be possible to dampen the punch of traumatic memories in people.”

Despite the strides that the team of scientists at the CNRS have made through their experiment, it may still be too soon to apply their techniques clinically as the research is still in its developmental stages. For now, our unpleasant memories dating from our awkward sixth grade dance cannot be erased. We shall continue to cringe.