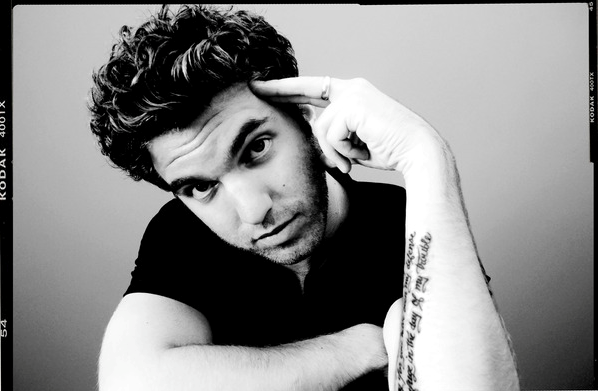 Patrick Lehman is an R&B/Soul singer and songwriter from Montreal. CBC radio has called him “Canada’s best kept soul secret”. Linda – a Dutch magazine – listed him as one of their “top five artists to download” alongside David Bowie. He is a former John Abbott college student, and he has just been nominated for a Juno for his album Butchy’s Son.

Q: When did you know that you wanted to be a singer, and what got you into the music industry?

A: I used to take piano and singing lessons every Saturday, and the minute I started doing that I just loved it. I got involved in musical theatre and I was doing jazz, pop and a variety of other things. When I graduated from high school, I went to John Abbott (in 2001-2002) for one semester to study film and I did really enjoy it, but I wanted to pursue music so I switched into Vanier’s music program. After that I went to Concordia and did jazz and it’s just been continuing on from there.

Q: Where were you when you found out that you had been nominated for a Juno?

A: I was actually in Montreal, I had booked a plane ticket to Los Angeles towards the end of January when I got a phone call from my publicist, who told me: “I don’t know what you’re doing, but in about two days you’re going to want to go to Toronto because there’s going to be a press conference.” She didn’t tell me that I was nominated, just that I really needed to go. So that was that, I canceled my ticket and went to Toronto the next day. I couldn’t tell anyone so I went on my own and I found out at this big venue. I still can’t believe it; I’m just trying to wrap my head around it.

Q: Why do you think that it’s this album (Butchy’s Son) that really got attention compared to your other albums?

A: I’m not sure. I think when I made this album I wanted it to be a bit more commercial and have more of a pop sound. I wanted to have more radio stations to play it and for the album to be heard, but I mostly wanted people to relate to it. Two or three of the songs are about some tough times, my dad passing away and going through a break up, stuff like that. Since those are such real and raw topics it touches base with a lot of people. So I think it’s a combination of that, the lyrics, and that some of the songs are pretty catchy.

Q: What is your advice for up-and coming-artists?

A: There really is no secret to it. It’s about working really hard. If you want to be a musician or singer, take some lessons, learn chords and how to read music, that way you can become a better writer. And listen to every type of music. Anything can influence you and make you a better musician.