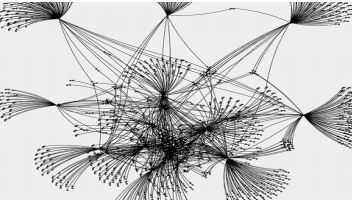 Media concentration has become a growing issue in western society. We have been stripped of our choices of media outlets and in consequence receive a narrow view of events occurring in the world. If you didn’t know already, as of 2011, six major companies in the United States own 90% of the media.

Companies such as Disney, Time Warner, and News Corporation own popular television programs such as ABC, CNN, and Fox respectively.

Although we are Canadians, many of us view US programming, even if it’s from Canadian programs such as CTV or Global. Bearing this in mind, we must consider media concentration in the United States as an issue for Canadians as well.

A trend on major news networks is the relentless reporting of one major topic. One can simply watch CNN talking about ISIS for three hours at a time and get the same from Fox. Of course, I do not advise watching these programs altogether, for they tend to give a narrow overview of worldly events. For instance, in the same week the Charlie Hebdo attacks occurred, approximately 5,000 people in Nigeria were murdered by Boko Haram militants.

After outrage over the corporate media’s lack of reporting on the incident, one CNN commentator stated that the incident was not reported because it was “not the priority” of the United States Government. This may be a hard fact to swallow, but it points to the lack of diversity in media outlets. Independent media outlets such as The Nation and Democracy Now! reported on both incidents, while corporate outlets discussed terrorism in the western world with pundits for three to four hours at a time.

In bringing up terrorism, I would also like to point at another trend in the corporate media: terrorist experts. There has been an alarming amount of these so-called terrorist experts asserting biased views about terrorism. In expressing their personal accounts on matters of terror, they provide misinformation to the general public. While this is being done, we currently do not have an explicit definition of terrorism in a global context. This is an issue the United Nations has had trouble dealing with, and while they try to solve it, westerners have been led to believe that terrorism is “jihad” or, specifically, attacks by Muslims who detest western society.

Some of us have already taken action against media concentration by consuming alternative news sources such as Aljazeera English, Vice, and The Guardian, which are becoming more popular with people regardless of age or ethnicity.

Although this trend is rising, there has been increased debate over the objectivity of news sources, and alternative news sources such as Aljazeera have had viewers complain about their biased views. A significant portion of us have given up on news in general and condemned all news outlets as corrupt; however, we must not give up on news. In a time where media bias is probably inevitable due to personal interests, we must question all media sources and formulate our own understanding of worldly events. This method of questioning sources is also employed for historical sources. No matter what the source, one must always question it in order to understand the underlying message being conveyed.

We must remain critical of all media outlets but understand their overall message in order to properly reflect on their personal interests.