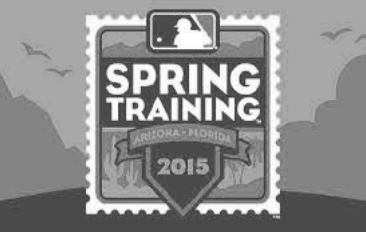 Another season of the MLB is soon to take off, but Spring Training is already into high gear as teams begin their preparation for another 162 game season.

This is a time for young prospects and hopeful veterans to prove that they’ve got what it takes. Like every year, the American and National leagues have been divided between teams based on the region nearest to either Arizona or Florida, the locations of Spring Training.

The Cactus and Grapefruit Leagues, as they’ve always been affectionately called, represent the schedule of the divided teams. The Grapefruit League features the struggling Boston Red Sox, the ever-present New York Yankees, and the hopeful Detroit Tigers, who are praying that 2015 will bring them a championship on the back of Cy Young winner David Price’s first full year with the team. The Cactus League is just as heated, featuring the reigning champion San Francisco Giants, the runner-up Kansas City Royals, and hometown Arizona Diamondbacks, who are hoping to bounce back after a difficult 2014 season. Many players are trusting that a successful pre-season will lead to a personal breakthrough in terms of their contribution to their respective teams.

Oakland A’s pitcher Jesse Chavez is looking to make his mark on his team’s already stellar pitching lineup, and Spring Season might just be his time to shine. On the other hand, established Kansas City Royals pitcher Yordano Ventura has proven that he’s capable of helping his team go far, leading them to their first World Series final since 1985 last year.

However, the team fell just short, but 2015 might be their year. As the team’s new Ace, he’ll have a lot of responsibility, but right now Kansas is having a great Spring Training and they can only hope their high level of play with spill over into the regular season.

While the MLB preseason is rarely seen as an indicator of a team’s success, its importance to the players is undeniable.

Spring Training is where the stars of baseball’s future make their steps into the big leagues starting April 5th as the regular season kicks off.