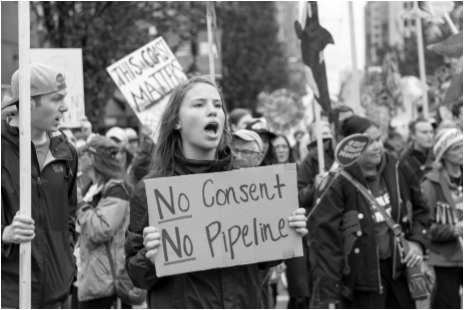 On November 29th 2016, Justin Trudeau approved two major pipelines projects including the very controversial Kinder Morgan plan, also known as the Trans Mountain pipeline expansion project. The Right Honourable claimed that the decision was taken in the best interests of Canada. Long story short, many people received this news with a frown.

Let’s set things straight. The Trans Mountain pipeline has existed since 1963 but, to increase the load it can carry, Canada has decided to add a secondary pipeline with additional features that approximately follows the same route. This project will allow the pipeline to transport three times its initial carrying capacity. The pipelines will be used to carry crude oils and refined products starting from Alberta to ports in British Columbia where tankers will continue the job overseas.

So, what’s the catch? Since 1961, Trans Mountain has been responsible for 81 reported spills and of which only 40% has been recovered. The tar sands oil are a threat to coastal communities and wildlife and could cause permanent damage if things go awry, so we are putting the Salish Sea and its marine companions at risk. Do I need remind you of the Exxon Valdez oil spill in 1989 to support this fact? To top that, the Kinder Morgan project will increase greenhouse gas emissions by a significant factor and I’m talking about millions of tonnes here. Finally, the expansion of the Trans Mountain pipeline goes against the rights of dozens of Indigenous groups.

Freedom of speech, more like feed ‘em with an oil breach.

Autumn Peltier, a 13 year old girl from Wikwemikong First Nation in Ontario, established essential facts that we tend to forget as we live our egocentric mass consumption driven lives during her beautiful speech at the Assembly of First Nations in 2016: “Our first teaching on water begins in our mothers’ womb. We all have this teaching, we can’t live in our mother’s womb without water. All of you would not be sitting here today if it wasn’t for water… Mother Earth was in existence for billions of years and she doesn’t need us, we need her. It’s time for humanity to stop terrorizing Mother Earth and give her time to heal. This land is not for sale or profit. We need to come together for our water.” Autumn Peltier isn’t the only one who spoke up against this project. Many activists expressed their disagreement to the project during conferences and some managed to delay preliminary work.

In response, Justin Trudeau accepted all criticism and took the time to explain his perspective. He says that humanity has progressed with time and the only way for society to function is to combine factors that will attempt to respect the environment and develop the economy. Also, he said that no country would resist exploiting valuable resources waiting in the ground. All in all, it doesn’t matter if our voices reach new heights because we will not be heard, that’s the final point. Freedom of speech, more like feed ‘em with an oil breach.