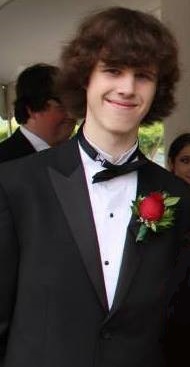 He wanted to shake.

But no, not just yet. It was much too late at night (or early in the morning?) for that kind of nonsense. What was happening here was super serious business. A memer of the highest caliber, and a shining weeb star in the darkness, Jerrit McIntyre couldn’t feel his fingers anymore. He’d lost the ability to feel just about anything around 4:20 AM. Surviving solely on a mix of Dr. Pepper and EDM, his magnum opus was nearing completion.

Keys clacked, cans popped, and every now and again, Jerrod MacInTree might have even blinked. Something about the glare of the screen in the morning darkness, and the way this human stick figure hunched over in his chair created a ghastly image.

When we found him, it was like he’d never stopped working. I could swear his fingers were still moving, tapping silently at mechanical keys. Code scrolled quickly up the screen, a whirlwind of green text compiling and compiling and compiling. Jerad MacKinter’s room was a tomb of Dr. Pepper cans and cartons. They covered the desk, the walls, the bed. Boxes were even used as bed sheets.

Jhared’s computer beeped, and audible ‘doot-doot’ played from the headphones hung around his neck. Friends and family leaned in close, eyes wide and wondrous as the text stopped scrolling. The window closed. Something else entirely opened up.