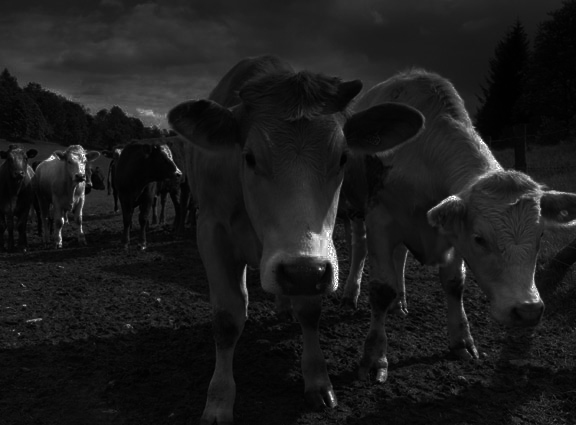 Did YOU Hear its Carcinogenic?

Well, it appears that there is a risk that we can get some forms of cancer depending on our intake of meat, as shown in a recent study conducted by the International Agency for Research on Cancer (IARC), a branch of the World Health Organization (WHO).

The study by the IARC indicates that red meat is probably carcinogenic for humans and that processed meats are as well. In addition, the study revealed that each portion of 50 grams of processed meat consumed daily increases the chance of colorectal cancer by 18%.

In my opinion, we should not lose our heads over this study, since the risk of getting cancer from and processed meats is no way near as much as it is with cigarettes. At the same time, I am in no way opposed to the study made by the IARC and the results that they have obtained as I personally believe that we should not consume red meats or processed meats every day for various reasons.

One problem with the announcement of this study through media is the misleading titles of reports or articles. Titles are supposed to capture the attention of readers or viewers, but do news network have to mislead or scare viewers with them? As an example of this, The Guardian’s title concerning the study was: “Processed meats rank alongside smoking as cancer causes”. Titles like this can prove to be very misleading, since one can interpret the title as processed meats are as much of a risk as smoking. In reality, the title is meant to indicate that processed meats have been linked to cancer and is now on a list with products such as cigarettes. But I have to admit that I am interested like many others, in an article when the title is shocking. But how about they try and attract my attention without misleading me?

The other problem is that, from what I see when I read reports from newspapers or websites like The Guardian, I feel like we are not being given any clear and reasonable solutions or alternatives. In other words, we are not provided with the information we need or want to have. We are either being told to eat more vegetables or to cut salt, sugar and fat. Add meat to the list now. If news networks can inform us of what to cut in our diet (and telling us why it is deadly), I am feeling a little bit let down that they cannot provide us with information on easily accessible and reasonable alternatives.

Basically, the goal of news network or newspapers is to inform the population with transparency. Why don’t they try to avoid misleading viewers? Also, they could provide information on healthy nutritional habits or at least send us in the right direction.